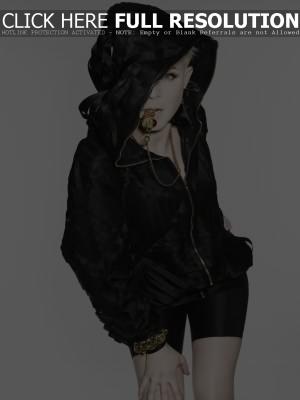 Pitchfork caught up with Robyn for a Q&A, asking the Swedish pop singer about her plans to release three albums in the next year. The 30-year-old said:

I felt really happy and fortunate to be able to tour outside my home country for the last few years, but when I got into the studio it was hard to get back into that mode. So I starting thinking of alternative ways to work and make music. Everything is up in the air with the music industry at the moment and there’s no reason why you shouldn’t be able to do things differently– especially if you have your own label like me. That’s what it’s for. So I thought about how to cut down on these big breaks between studio time. It’s not a new idea– a lot of people put out less-planned releases that are not that long, sometimes they’re called EPs. But these releases are not EPs. They’re albums with enough songs to make them feel like real bodies of work. They are shorter than usual, but still closer to ten songs than five. For a while we were discussing naming them Some Songs and then Some More Songs [laughs] because everyone was like, “What is this thing you’re releasing?” But to me they’re albums.

Check out the entire interview here.