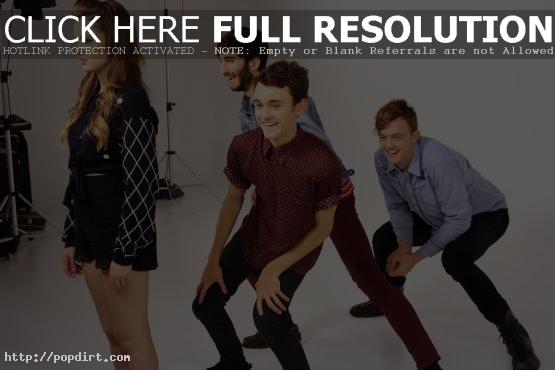 San Cisco released the music video to their new single ‘Rocket Ship’, filmed by Matt Saville in and around Fremantle, Australia. San Cisco turn anything into fun, as Saville followed the San Cisco rocket ship around in their home town. An assortment of strange costumes, comical creatures and the comings and goings of friends and family in San Cisco’s day-to-day life, spliced together with footage of Josh Biondilo’s uncle and father shot on Super 8.

“Shooting ‘Rocket Ship’ was really fun, it was like a day in the life of San Cisco. We hang out with friends and family and did some crazy stuff, some legal some not so. I have no idea who that is jumping off the bridge!” said lead man Jordi Davieson of filming the video to their catchy, upbeat track, ‘Rocket Ship’.

‘Rocket Ship’ is off the band’s sophomore EP ‘Awkward’, available now on iTunes.