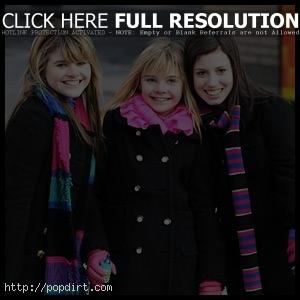 More turmoil with the Clique Girlz, with new member Sara Diamond no longer being featured on the girl group’s MySpace (@cliquegirlz) or official web site. Images at each location feature sisters Paris and Destinee Monroe.

Meanwhile, former member Ariel Moore got spanked by lawyers for attempting to put up a highlight reel of her participation with the group. She writes in a comment at Clique Girlz Media:

I’m leaving this comment on this site to apologize for what’s about to happen I just got a message from YOU KNOW WHO’S Attorney’s stating that I need to take down the new video that i posted (The compilation of my fans video’s . The ones that have of me performing with the Clique Girlz))The say that that they own the rights to them and that and I must take them down.I am not sure why after 5 years long/ hard-working years with them that they would make me do this ?????? I guess I just don’t have the rights now.

April 8, 2009 – Clique Girlz TV episode 45 features Paris and Destinee Monroe and new member Sara Diamond during a dance rehearsal and a preview of their KIWI Radio acoustic performance. Watch it via the pop trio’s YouTube channel below.

April 2, 2009 – Clique Girlz TV episode 44 features Paris and Destinee Monroe, and Sara Diamond at the Palace Hotel in New York City, visiting the kitchen where they filmed ‘Gossip Girl’ and getting to meet some of the employees. They were presented with an assortment of candies, none of which were Baby Bottle Pops. Watch it via YouTube below.

March 31, 2009 – Clique Girlz are out with a commercial for Baby Bottle Pop, featuring the girls singing the the theme (“you can lick it and shake it and dunk it”) and talking about online codes available with the Lik-m-aid inspired sugary candy allowing access to online games. Watch it via YouTube below.

Clique Girlz Recording ‘Turn Up The Volume’ With Rodney Jerkins 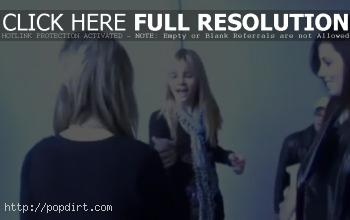 March 26, 2009 – Clique Girlz TV episode 43 features Paris and Destinee Monroe and Sara Diamond in the studio with Rodney Jerkins, recording the song ‘Turn Up The Volume’.

“Today we’re gonna do a song called ‘Turn Up The Volume’,” Jerkins said to an excited reaction from the girls. “The writer who wrote this song, she played it for everybody and everybody loves this song.”

28 thoughts on “Sara Diamond Already Out Of Clique Girlz?”