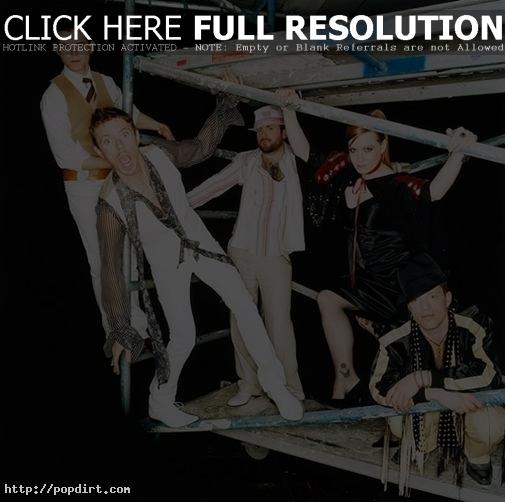 fab magazine spoke with Jake Shears and Del Marquis of Scissor Sisters about being openly gay, Elton John, and taking their clothes off… or not.

On how their music being labeled as “gay” impacts how it’s received:

Jake: I think we’ve embraced it now more than ever I think
Del: As long as people find a way in through the music and find out about us as performers or people. Some people gravitate towards us because of exactly how open and honest we’ve always been. If the UK adopted us in a way was because we were extroverts or we kind of wore our personalities as superheroes on stage… Since our first album has come out, there’s so many different indie bands and rock bands and pop stars that have come out, that’s not necessarily related linked to their identity or what they do on stage, but it’s just weird that it still sticks to us when there’s Vampire Weekend, Gossip, Ricky Martin and whoever. It’s like, the pop world is littered with homosexuals and it has always been. We’re just unashamed of it.

He’s just like family. He’s family at this point. He had us open some shows for him in England really early on and was a really big fan of the first album. We have a really, really strong relationship and a major bond.

«Ray LaMontagne On Performing, Willie Nelson & Childhood
Mika On What To Expect From ‘The Origin Of Love’ LP»