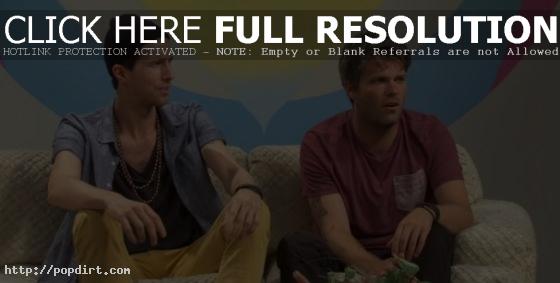 Gorburger, an alien from outer space, interviewed Sean Foreman and Nathaniel Motte of 3OH!3 at a Japanese studio that the creature had taken hostage.

Asked about their favorite omens, Sean said, “A dead bird when you’re walking, that’s a bad omen. A full moon is a bad omen.” Nat added, “A piece of human flesh on the floor. That’s a scary one.”

Gorburger then had his best hostage friend Robert try out a machine that ended up electrocuting him, and asked Sean and Nat to help him hide the dead body. After refusing and being creeped out by the alien, they played a lightning round of questions related to Robert and hiding the body.