Selena Gomez On The Importance Of Music Videos 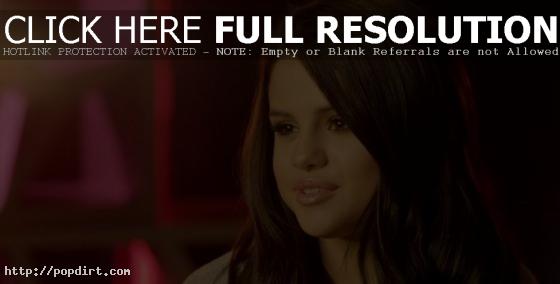 Selena Gomez, who was recently celebrated by VEVO for receiving 100 million views of her music videos for ‘Naturally’, ‘A Year Without Rain’, ‘Who Says’ and ‘Love You Like A Love Song’, talked about the importance of music videos for the honor.

Talking about her initial foray into the medium, Selena said, “My first music video was for Disney and it’s called ‘Cruella De Vil’ and it’s actually where I met most of my team that I still have today. I didn’t know what on earth I was doing and literally they had to tell me what to do and how to look and how to smile. I thought it was cute. It was for [‘101 Dalmatians’], so I was happy with it.”

As for the first video with her band, Selena said, “‘Falling Down’ was my first single with my band The Scene. I videod the whole time and took 1,000 pictures. I still have those pictures. I really felt like ‘Falling Down’ was my own, so it was really fun to kind of have a little bit of creative control in how I wanted it to look and I remember we used LED lights and I was like, ‘Oh, what is this? It’s so cool’. It was changing behind me and I thought it was so amazing.”

Discussing the video views milestone, Gomez said, “It’s exciting when my video gets 100,000 views. I think that’s amazing. Then when it gets a million, I get really excited and happy, so 100 million, that’s kind of a lot.”

Questioned about her most recent music video, Gomez said, “‘Hit The Lights’ was the last video and the newest video that I have. It’s a fun video. It’s just about being who you are in your life and just living it up.”