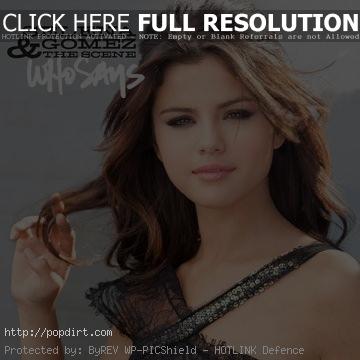 Selena Gomez checked in with her Facebook fans earlier today to reveal the cover for her new single ‘Who Says’, the first release from the 18-year-old and her band The Scene’s upcoming third album. Selena writes:

I am so excited to share with you the cover for my single Who Says. I had a lot of fun recording this song and I can’t wait for you to see hear it. #whosays