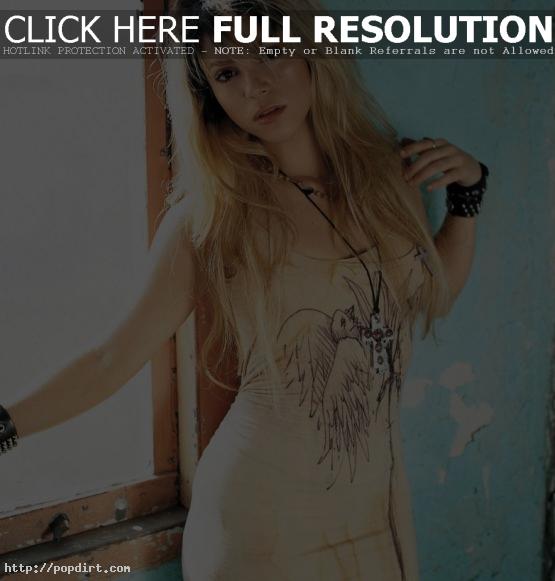 Maxim Blender spoke with Shakira for their December/January issue and she admitted her biggest phobia was dying saying, “I always tried not to touch that subject, because it would really give me existential anxiety. Death is not only related to the physical death of the body, it’s also related to the death of relationships or feelings. Every day, I feel a little bit older, a little less alive, more alive with the possibility of being less alive, closer to death [laughs].”

December 6, 2001 – Lola Ogunnaike of the New York Daily News talked with Shakira about what she was thinking while recording ‘Laundry Service.’ Shakira admits, “During the production of this record, I was totally dedicated to two things: Love and music. I think love and music are like soap and water. And to me, this process was like passing by a laundermat and having full service. But instead of washing my clothes, it’s really me that got cleansed and renewed.”

November 28, 2001 – CDNow.com talked with Shakira about how her Latin fans felt about her move to singing in English on her latest album. Shakira admits, “Actually, it’s pretty amazing. I kind of knew that they were not gonna react in a negative way. My instincts always told me that they would celebrate it with me. They understand that I am not sacrificing anything as an artist or as a person. They know that things on the outside can change, but the essence of my spirit is intact. I think they love that I’m doing this, and they feel a part of it.”