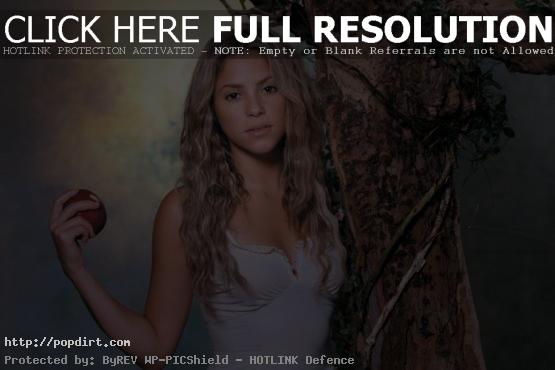 Shakira was the guest of Susana Gimenez’ TV show and gave an acoustic recital for TELEFE channel. During the interview, Shakira did not notice that her bra was exposed after a “wardrobe malfunction” of her t-shirt, in Buenos Aires, Argentina on Monday (July 11).

Shakira was live on Z100’s The Zoo on June 8th in New York City. The singer talked about being probably the only woman who doesn’t like shopping, her sexy dancing, the baby she’s holding on the cover of her new album ‘Fijacion Oral’, her improved English, and more. Z100 has since removed the audio.

June 21, 2005 – Shakira arrived by helicopter at Cuicuilco Shopping Centre in Mexico City, where she was welcomed by 7,000 fans. The singer waved from the heliport and then signed autographs for two and a half hours on June 16th.