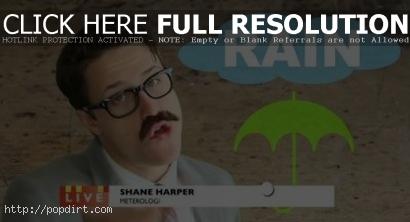 Shane Harper has just unveiled a comical teaser for the upcoming official video for his next single, ‘Dancin’ in the Rain’. In the clip, fans get a glimpse of Shane playing a weather man predicting rainy days ahead. The full video will premieres today on Disney and Radio Disney. The track appears on the extended edition of Shane’s debut, self-titled album, available now exclusively at Target.