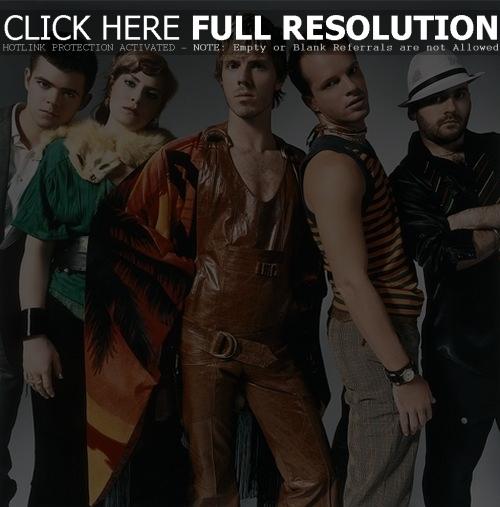 Metro caught up with Jake Shears for a 60 Second interview, where the Scissor Sisters frontman was asked about his thoughts on the group sell a lot of records in Britain but virtually nobody has heard of them in America – even though they’re from New York. “Maybe it’s because people have said it so much, it’s become true,” Shears suggested. “If there’s one thing I can think of, and it applies to both Kylie [Minogue] and Scissor Sisters, it’s that our sexuality isn’t dark. With music in the US – whether it’s hip hop, R&B or straight-up pop – your sexuality has to have a much darker edge. Our sexuality isn’t dark. That’s a positive thing.” Read more.