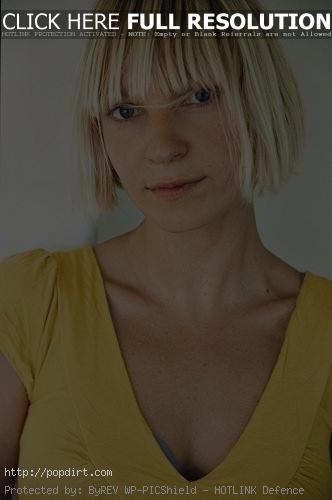 After telling Attitude magazine that she was having relationship problems with an American girl, Sia Furler spoke with AfterEllen.com about her decision to come out. “I’ve been talking to my love interest about what I am, and she’s like, ‘Are you going to come out?’ And I said, ‘I guess already did in Attitude.’ And I’d already told all my friends,” Furler told Trish Bendix. “The thing is I feel kind of straight because she’s kind of like a boy. [My love interest] thinks I’m straight. She’s like, ‘You’re straight; it’s just that your girlfriend is gay.’ So I’m straight, it’s just that my boyfriend’s a girl? She’s like, ‘I don’t care, whatever you’d like.'” Read more.

One thought on “Sia Comes Out”