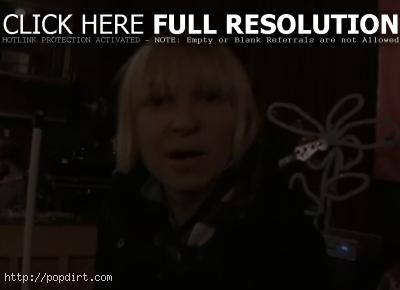 Hello Australia!!!
Gosh it’s nice to see some sun and eat mint slices.
So anyhoo, I have had some crazy laryngitis for the past 4 days, which I thought was totally psychosomatic because I also lost my voice before David Letterman, but it magically reappeared the day of the show, and so I figured it was anxiety related, as it would be this time, i.e. nerves about MTV Australia, but apparently green sputum means it’s not psychosomatic, and now I know that.
I managed to make it through the awards, and it was hard work, but also fun, because I got to dress up all glam with tinsel shoulders and balmain shoes and lipstick, although in hindsight I will never EVER wear makeup again, or let someone cut my fringe/bangs right before a show, because guess what?
I’M SHALLOW.

The entire post at siamusic.net has since been removed.