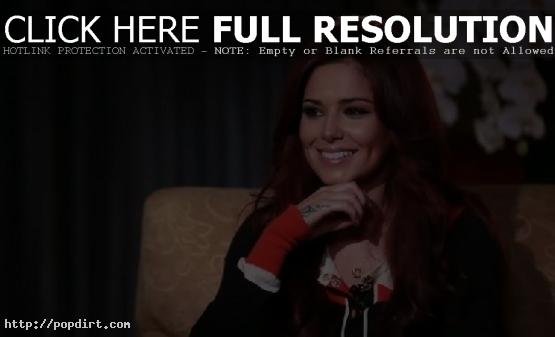 Simon Cowell tells Nikki Finke of Deadline.com that he’s negotiating to have his former ‘American Idol’ co-judge Paula Abdul join the panel on the U.S. version of ‘The X Factor’, as well as current UK ‘X Factor’ judge Cheryl Cole of Girls Aloud.

“I’ve always wanted Paula,” Simon insisted. “Always been very vocal about that. I missed her the second she left the show. Always loved working with her even though she can be a pain. And I’ve been consistent about this. I don’t know what it is about her, but I’ve always clicked with her. You just have to get that chemistry, and she’s right. I’ve never found anyone better than her. I think there’s a good chance it will be her.”

As for Cheryl, the British pop singer’s low profile in America wasn’t impediment for his backing of someone who insiders tell Finke is “pretty much a shoo-in for the show”, with an announcement within a week to make it official. “I never think about it as an American or British audience. I genuinely don’t,” Cowell explained, which makes sense given his own low profile when ‘Idol’ was launched stateside. “I think that’s what’s happened on a lot of these shows now is it’s almost like you’ve got to hire well known celebrities to be a judge. And with Cheryl, when I hired her initially, I’d only met her literally once when I offered her the job on [British] ‘X Factor’. I thought she was bright, cute, knew what she was talking about, ambitious. And you meet someone special a few times in your life.. And this girl is special. She’s just got a great ability to communicate. She’s a great judge. She’s smart. It’s just a hunch. If people take to her like the British public did, I think she’s going to do really well in America. And Fox was desperate to hire her.”