Simon Webbe Wants To Be Father Alanah Is Proud Of

Simon Webbe spoke with The Sun about his daughter Alanah, the product of a brief fling with the child’s mother Nichola when the former Blue star was seventeen. “I didn’t see Alanah until four years ago, when Blue’s fame was at its height,” the 27-year-old explained. “It was difficult, Nichola had met another man and I tried to see Alanah but it didn’t happen until then. As soon as she was born, I knew I had to change my life. She gave me focus, she gave me unconditional love and I wanted to give her a father to be proud of. I owe what I am today to Alanah. All I ever wanted was to be a good dad. I’m single now, have been for a few years. I’m dating but there is nobody I would call my girlfriend. I learned sex is not the be all and end all when I was young. I’m not looking for a girlfriend, I am looking for a wife. I don’t know how long what I’m doing is going to last my solo career so I’m making the most of it.” Read more.

Simon: I Just Want Britney To Be Happy

November 17, 2006 – Popworld.com caught up with Simon Webbe in a Q&A and asked the former Blue star if he had any sympathy for Kevin Federline after Britney Spears filed to divorce the struggling rapper earlier this month. “Oh, man, I just want Britney to be happy, she deserves it,” Webbe said. “She deserves a break. I mean if anyone deserves a break from the press I think it’s Britney. I think they should leave her alone now.”

October 26, 2006 – Simon Webbe has dedicated the title track of his new album, ‘Grace’, to his mother. “When I was 14 she sent me to Nevis island to experience life as she was raised in the Caribbean,” the former Blue star told The Mirror. “It was like boot camp. I went a boy, and came back a man. This is my way of thanking her.” 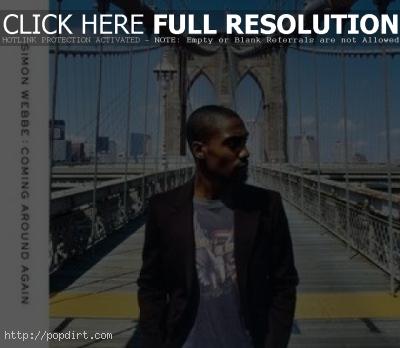 October 19, 2006 – Former Blue star Simon Webbe is out with the music video to his new single ‘Coming Around Again’, from the album ‘Grace’, due out November 13th. Watch it below.

«Fake Britney Spears Sex Tape Stories Continue To Morph
JoJo Talks About Her Fans, Hearing Her Songs On The Radio»