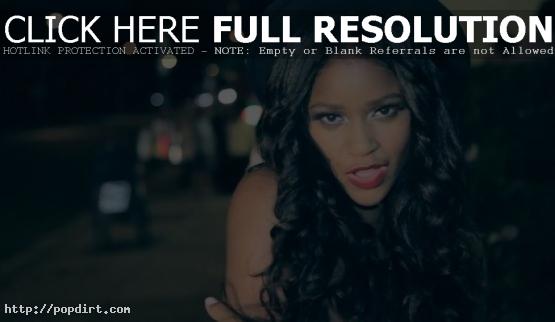 Simone Battle is out with the music video to her new single ‘He Likes Boys’. The singer failed to be selected by her mentor Simon Cowell on Tuesday night’s ‘X Factor’, performing a cover of ‘Just Be Good to Me’ by Mariah Carey earlier.

“First of all, everything was right except your choice in contestant. I still don’t get it. You must be really rich because clearly $5 million doesn’t mean much to you at all,” L.A. Reid sneered to Cowell about bringing Battle this far into the competition. Nicole Scherzinger and Paula Abdul were also unimpressed with Simon’s pick.

“Simone, I think all of this is intended to upset you because none of these guys have ever liked you,” Simon told the 22-year-old Los Angeles resident.

Before leaving the show, Battle took the opportunity to promote the music video, drawing a chuckle from Simon. Watch ‘He Likes Boys’ below.