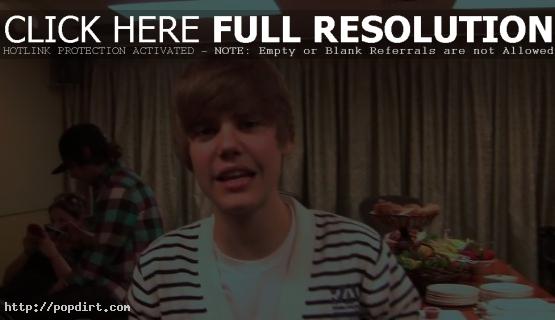 ‘Saturday Night Live’ executive producer Lorne Michaels tells People that Justin Bieber was a “complete pro” on the NBC show over the weekend, where the 16-year-old performed and took part in two sketches. “How cool was he? Whatever we threw at him – particularly that teacher’s sketch – they were changing it right up to air and they’d go right into his dressing room, tell him the changes and he’d hit them,” Michaels said. ‘SNL’ Weekend Update anchor Seth Meyers called Bieber “a force of nature.”

The story at People.com has since been removed.