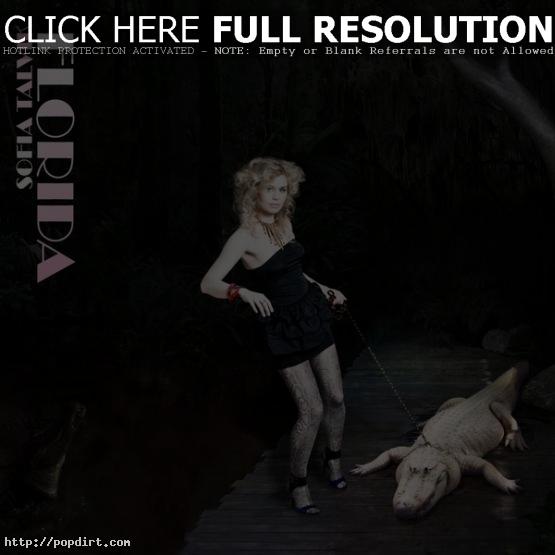 Sofia Talvik checked in with fans on her blog at MySpace (@sofiatalvik) on Sunday (March 28), discussing her new album ‘Florida’, set for release on May 12th, and its cover art. The Swedish singer songwriter tells readers:

I was living in Florida for a few months last year and wrote a bunch of songs and started recording them in my walk in closet that I had turned into a small recording studio. One of the very first weeks of my stay it rained non stop for a whole week. I was trapped inside with a monsoon outside and had nothing better to do than to play the guitar. So I wrote what later became the title track of the new album ‘Florida’.