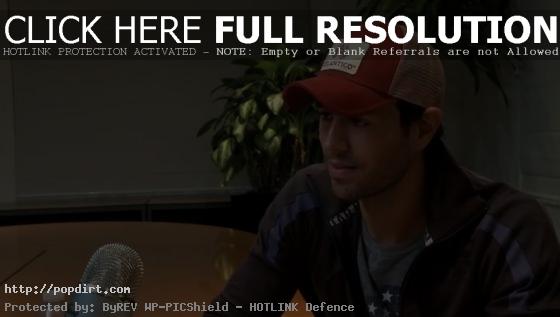 Enrique Iglesias sat down for an ASK:REPLY session with several fans via webcam, including Ally, who freaked out after Enrique remembered bringing her up on stage during a show. Enrique talked about favorite songs to perform and his favorite part about touring, as well as how the songwriting process inspired him to become a singer.

“My favorite song to perform on tour, it depends,” Enrique explained. “Some nights is ‘I Like It’, but do you know what song I love singing live? ‘Tired of Being Sorry’, although I don’t do it a lot in the U.S.”

As for the best part about hitting the road, the pop star responded, “My favorite part of being on tour is actually the tour hours before the show, because you’re nervous and your adrenaline is running. I like being on tour. I actually like it a lot.”

On what inspired him to be a singer, Enrique said, “It was actually the songwriting process. That’s what got me into it. When I was a kid, like 13, 14, 15, I wasn’t the best, I wasn’t a good student. Actually, I was a pretty bad student, not horrible, but definitely not great. I couldn’t focus when it came down to studying, but I realized I could sit down and write songs for hours, and I could focus on that, and I loved it, so it really was the songwriting. If it wasn’t for me being able to write my songs, I don’t think I’d be singing.”