Sophie Ellis Bextor is offering concertgoers a guide on how to dress for a festival in a column for Telegraph. One bit of advice the British pop singer had:

Stay neutral – You don’t want to be heavily made-up at a festival – it just looks odd. And as you’re spending a lot of time in the daylight, it’ll look really obvious if you have a lot of make-up on. A bit of eyeliner and mascara is all I wear. You don’t know when you’re going to see a mirror anyway, so best just to keep it simple. Any essentials you may need during the day, pack in a satchel so you’re still ‘hands-free.’ And always take dry shampoo – it’s a brilliant invention

The rest of her tips at telegraph.co.uk have since been removed.

May 4, 2010 – Sophie checked in on her YouTube channel to pitch the release of her new single ‘Bittersweet’, and there are remixes available of the track as well. “Thank you so much for all your positive messages over the past few weeks,” the British pop singer told her fans. ‘Bittersweet’ is the lead single from Sophie’s upcoming fourth studio album ‘Straight to the Heart’. Watch the brief message below.

April 7, 2010 – Sophie answered another round of Twitter questions in a blog at her MySpace (@sophieellisbextor) on Wednesday (April 7), including if she had a concept for the artwork to her new album. The 30-year-old writes:

Yeah, I think we want to do something which is a bit looser and more informal than we have done before. I’ve done lots of lovely things where it’s been quite diva-ish and distant, and I do really like that angle for pop. But now that it’s album four, I feel like it might be OK to show a slightly different side of me. Maybe something a little bit more playful. 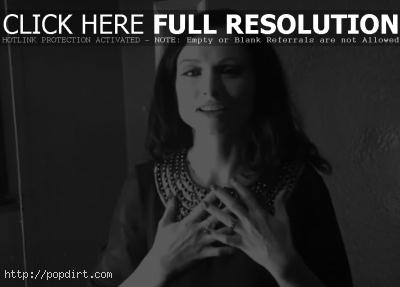 April 1, 2010 – Sophie left fans a thank you message for the feedback she’s been getting for her new single.

“I want to send lots of love to my fans and say a genuine thank you for all their messages of support about the new single ‘Bittersweet’ and the video,” Sophie says in the video. “I’m really excited to be back with the new record. It’s sounding pretty good and I think it’s gonna be a good year for us.”