Sophie Ellis-Bextor ‘Get Over You’ Video 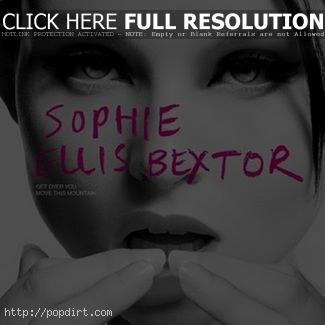 Yahoo! Music UK & Ireland has Sophie Ellis-Bextor’s new video for her brand new song ‘Get Over You’ posted to watch before it’s release on Monday. In the video Sophie plays a shop window dummy that comes to life. Check it out via YouTube below.

May 13, 2002 – Enrique Iglesias and Sophie Ellis-Bextor got together in London’s Hyde Park for the official announcement of the Prince’s Trust ‘Party in the Park’ on July 7th in which they will both appear. No doubt rumors of the two being an item will emerge in the British press as the pop pair look ready to kiss in one photograph – and are arm-in-arm in the others.