The Sun spoke with several acts at the Isle of Wight festival over the weekend, including Sophie Ellis Bextor. “I am in the middle of doing the George Michael Support tour so this is a day off to see my husband (Richard Jones from The Feeling) really,” she said. “It is a great festival. I have not been to the Isle of Wight since I was 11 as part of a school trip where we all had to wear bobble hats with our names sewn onto the front so I am quite glad that I do not have to wear that whilst I am here.”

All Back To Mine With Sophie Ellis Bextor

May 26, 2007 – The Extra Venue’s All Back To Mine features Sophie providing a tour of her favorite spots in London, England. The singer visited Ravenscourt Park while discussing her new album ‘Trip To The Light Fantastic’ before venturing to a Portobello Market, and then The Fat Badger Pub.

Video at Yahoo! Music UK & Ireland has since been removed.

April 30, 2007 – Sophie tells The Sunday Mirror having a surprise baby so has its benefits, making her more ambitious than ever. “After my son was born, people suggested I wouldn’t be interested in this life as a performer any more but, far from losing my drive, it has heightened it,” she said.

Sophie Ellis Bextor ‘Me And My Imagination’ Video 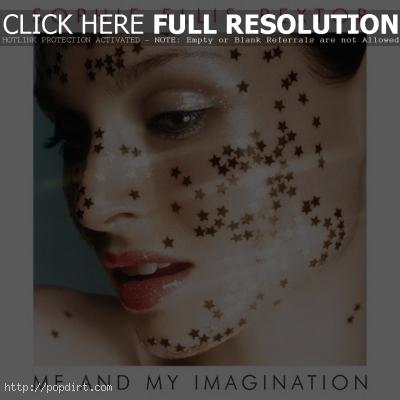 April 25, 2007 – Sophie is out with the music video to her new single ‘Me And My Imagination’, from the British pop singer’s third studio album ‘Trip the Light Fantastic’. The dance pop song was written by Sophie and Hannah Robinson and co-written and produced by Matt Prime. Nourizadeh Nima directed the video that was shot in London. Watch it below.

January 24, 2007 – Sophie tells Neil Sean of Sky News that despite the chance of promoting her new music on ‘Strictly Come Dancing’, she turned down the opportunity to appear on the UK version of ‘Dancing with the Stars’. “I’m way too busy with the new album and tour,” she explained. “But the offer was fantastic – maybe next time.”