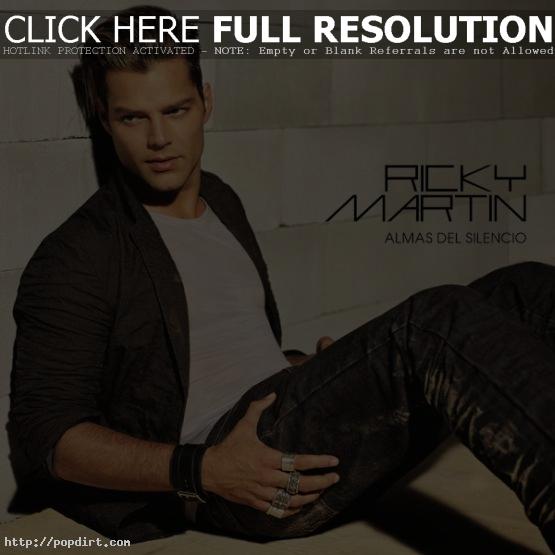 Lauren McMenemy of the Advertiser reviewed Ricky Martin’s latest effort ‘Almas Del Silencio’ and wasn’t impressed. McMenemy said the album is “not particularly good. It’s full of soulless ballads and bad flamenco pop.” She added, “This is the real Ricky Martin, back to his roots. But have music fans passed him by, said adios and moved on to the Enriques of this world? He’ll still be huge in South America, and maybe that’s all he’s asking for these days.”

The complete review at adelaidenow.com.au has since been removed.

When asked if he would ask a woman out, Ricky Martin tells German FHM: “Absolutely not. I’m much too shy for that – I could never approach a woman.” But he added: “I usually don’t have to make the first move.” Martin revealed he likes women to have nice eyes and hands.

The Sun reports Ricky Martin has some challenging orders for his barber. “It is very confusing for the hairdresser,” he revealed. “I tell him ‘I want it short, but also long.’ We then cut it short at the back and simply left it as it was at the front.”

The New York Post reports Ricky Martin refused to perform for the Puerto Rican Day Parade Sunday. The singer informed them his travel and accommodations would cost a whopping $30,000 and insisted the organizers pay the tab. “At first, the organizers said no way, but later on they reconsidered,” a source revealed. “They wanted a big name, and not just [golfer] Chi Chi Rodriguez. But then Ricky told them he’d already made other plans.” The event’s organizer Mike Garcia said Martin cancelled at the last minute but “didn’t give us any reason.”