Stefano ‘I’m On A Roll’ Video Behind The Scenes 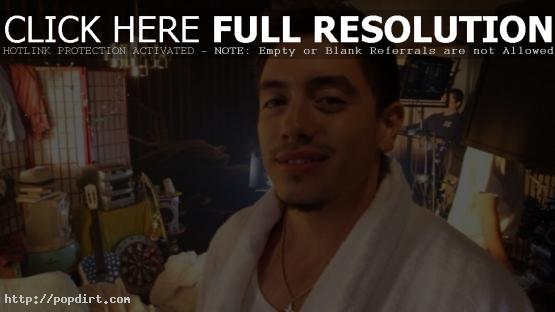 Stefano Langone is out with behind the scenes footage from the music video for his debut single ‘I’m on a Roll’, featuring New Boyz & Rock Mafia. Stefano, who was a finalist on ‘American Idol’ season ten, signed a record deal earlier this year with Hollywood Records.

The video was shot at Hollywood’s Roosevelt Hotel. “The whole concept of the video is from the moment I get up, I’m on a roll,” Stefano explained. Director Mickey Finnegan added, “Stefano sings about just being on a roll. We kind of went with that concept and what we’re doing is Stefano starts his day and it just progressively gets better. He’s just literally on a roll.”