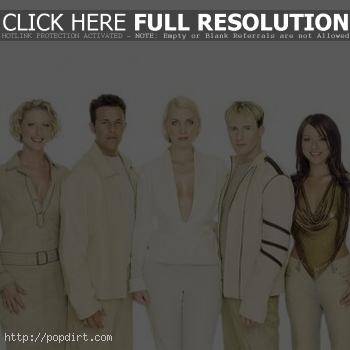 Pop group Steps announced on Boxing Day that they have split up so they can all pursue solo careers. A joint statement delivered by group members Claire Richards, Faye Tozer, Ian “H” Watkins, Lee Evans and Lisa Scott-Lee reads:

After five incredible years, we have decided it’s time to move on to new challenges.

We have always said that when the time came, we would leave as good friends and go out while we were on top, as although we are very sad, that’s what we have done.

We are looking forward to making our next plans but for now we just want to send our heartfelt thanks and love to all the people who have supported us – you truly are the best fans in the world.

December 8, 2001 – Steps are blasting their Oman touring partner Geri Halliwell for her diva behavior and expensive pricetag for the UK. Her $650,000 show caused H from Steps to say, “The soldiers out there are living in difficult conditions and I thought we owed them a bit more than acting like stupid, over-demanding popstars. In my view, Geri was out of order. People should know the truth about her.”

One thought on “Steps Announce Breakup”