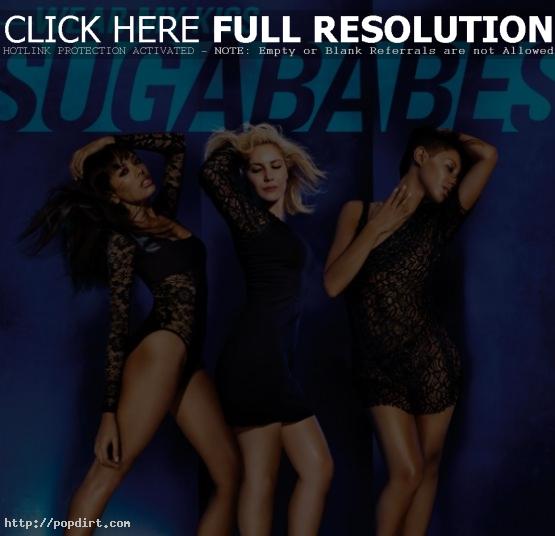 Amelle Berrabah checked in with fans on the Sugababes blog at MySpace (@sugababesofficial) on Friday (February 5), discussing their time in Barbados, meeting Gordon Brown’s wife, and what’s up in their schedule in support of their new single ‘Wear My Kiss’. The 25-year-old singer writes:

So as you know, we had an absolutely amazing time in Barbados. Then since we’ve been back we’ve just been busy rehearsing the new single ‘Wear My Kiss’ and we’ve done a few gigs too, two in Liverpool, one in Newcastle for T4 and the Cervical Cancer gig at Koko, which was really good. We met Sarah Brown, the PM’s wife, for the second time, and she was really lovely. We were talking about why we were there, our thoughts on lowering the age of getting smear tests from 25 to 20, it was a really positive chat. We got to see a few performances too – Pixie Lott, La Roux, Paloma Faith – Paloma’s absolutely lovely, first time I’ve met her. It was just a really good day and we got a lot of positive feedback about the campaign. I think a lot of people learnt something new that day – when we found out all the facts about cervical cancer we were generally shocked, so it was good to be part of something that affects so many women and to help get the word out there

Today we’ve been at MTV to do some links and a bit of presenting. It’s been really busy but all good. I quite enjoy reading off an autocue, I felt like a proper presenter, you know, I start nodding when someone else is talking and look to camera occasionally, all that! So watch out for that on MTV!