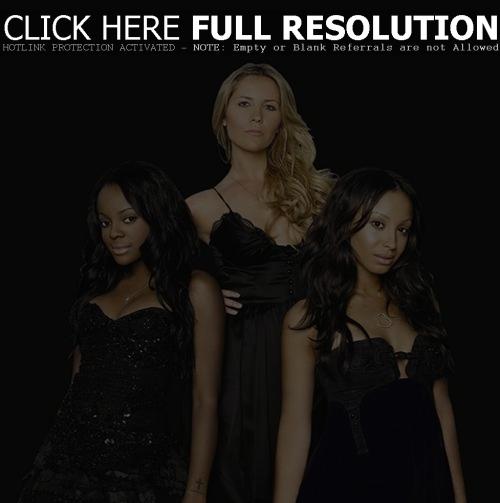 Sugababes checked in with fans on their Twitter, talking about some new material they played for someone at Roc Nation, Jay-Z’s label the British pop trio recently signed on to. They write:

We had a great day today meeting new amazing producers and writers. We then played 1 of our new boss’s our tracks & he LOVED it! Thankfully.

We then went on to have dinner at one of Jay-Z’s spots called the “Spotted Pig” lol It had a British feel to it :-) We cant wait for….

You guys to hear our new stuff!!!! And we cant wait for the guys at Island Universal to hear it too!!! You guys are in for a treat…

:-D thank you to all our Followers and supporters here on Twitter. Love always Keisha, Mel, and Heidi xxxxx

Sugababes Hit Back At The Critics

May 13, 2009 – Sugababes updated fans on their Twitter page earlier today, defending the girl group’s record against those who are critical of their two lineup changes or sales of their last album ‘Catfights and Spotlights’. The British pop trio write:

Thank you guys for all your support!!!!….

Oh we just wanted to give a BIG 2 fingers and a Kiss our Ass to the sad prat who made that YouTube video about Us against GA….

Get the FU** over it. We like what they do. We Love what we do. We are a completely different band. Who gives a fu** if we’ve had…..

2 line up changes… Even more reason to show us support & respect because we are still surviving!!! WE have had Nearly TEN yrs….

In this industry with with 7 albums 5 number ones HUGE sales across EUROPE not only in the UK. We write. Sing live. We have never…

Sold our selves out to the media. Who we thank for all their support so far but it’s never been about that. We’re about the music…

Love and support to all the up and coming girl bands. BUT their will only ever be ONE Sugababes and even though the last album wasn’t…

A huge hit (lol) Who gives a sh**. We are not giving up. And we STILL remain (According to OVER ALL SALES) THE BIGGEST GIRLBAND FROM THE UK!

May 12, 2009 – Sugababes just told fans some good news, especially for those in America, in an update on their Twitter page:

We can confirm Rumors that we have signed to Roc Nation Jay-Z’s Label. This album will be released as usual in Europe & …..

We are looking forward to our very first US release in the future. We are still with Island Records and are excited about our next step! :-D