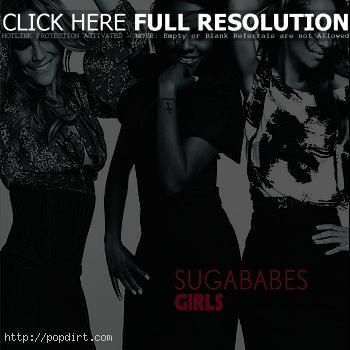 Sugababes are out with the music video to their new single ‘Girls’, the lead release off the British pop trio’s forthcoming sixth studio album, out October 20th on Island Records. Watch it below.

September 4, 2008 – The following message was posted at the Sugababes’ blog at MySpace (@sugababesofficial) on Thursday (September 4):

The Sugababes brand new album is out Oct 20. We aren’t giving away the title yet but we can tell you a sparkling slab of the album has been produced by Klass Ahlund who won acclaim after producing Robyn’s genre breaking album whilst Duffy and long time Babes collaborator Steve Booker also makes a dramatic contribution. The album shows that The Sugababes have taken yet another giant leap forward cramming an armful of classic moment into one brand spanking new album. It’s going to be big that’s for sure… but commercial success isn’t enough, if you are a music lover The Babes want to blow you away all over again!!!

August 14, 2008 – Sugababes Heidi Grange, Keisha Buchanan and Amelle Berrabah talked with ITN about the new single ‘Girls’ and the upcoming album due out towards the end of the year.

Talking about the new track, Heidi said, “The single is called ‘Girls’. The chorus is a sample from a ’60s song… and then we wrote the song around it. The sample is the original part.”

As for the sound of the new album, Keisa said, “It’s not electro pop anymore.” Heidi added, “I think some of the songs are a bit more mellower.” While Amelle offered, “They show our vocal ability a bit more, and you see us doing things we don’t normally do.”

On their V Festival gig, Heidi said, “I can’t wait. It’s gonna be really good. I’m actually going to stay up there on the Saturday night and get into the vibe. I’m not sure of the whole line-up. I need to check out who is on. I just want to go and enjoy the whole atmosphere.”