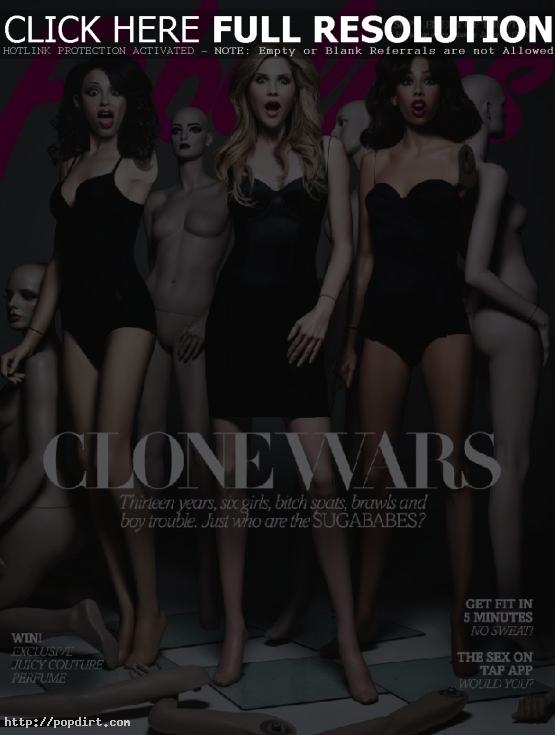 Sugababes are on the cover of the latest issue of Fabulous magazine. Though non of the original members of the British pop trio are currently on the line-up, Heidi Range, Amelle Berrabah and newest member Jade Ewen insist they’re stronger than ever.

Longest-serving Babe Heidi talked about the moment she came face to face with ex-bandmate Keisha Buchanan for the first time since she was kicked out of the band. “There were hugs and tears, but I’ve made my peace,” Range said.

Ewen confessed she often questioned her decision to join the band since she received plenty of backlash from Keisha diehard fans. “Nothing could have prepared me for that…I’ve grown a thicker skin over the last couple of years. I’ve had to,” Jade said.

Amelle opened up about piling on pounds after the stress of the band turmoil and having since shedding the weight. “Looking back it’s almost like it happened to someone else. I was so low,” Amelle said. “I feel reinvigorated. I try not to have any regrets…I wouldn’t change a damn thing.”

The article and photo shoot at fabulousmag.co.uk has since been removed.

August 16, 2011 – Sugababes are out with the music video to their new single ‘Freedom’, the first release from the British girl group’s upcoming eighth studio album, out soon on Sony Music. The single would be released via Digital Download on September 25th, and as a physical single the following day in the UK.

“So the concept of this video, my take on it is being free, liberating, being powerful. It’s almost makes sense for us as well since we’ve come back,” Amelle Berrabah said about the Sean De Sparengo directed video. “It’s just a really nice feeling you get from it and I love this whole set.”