Radio 538 welcomed Adam Lambert to the studio the other day during a visit to the Netherlands. The ‘American Idol’ alum talked about how his motto is “more is more”, liking to take life by the balls and live life to the fullest, how he came to the conclusion being on stage was the most natural place for him, being a basket case in his teens not knowing what he wanted to be, and keeping his feet on the ground thanks to friends and family. Watch it via the station’s YouTube channel below. 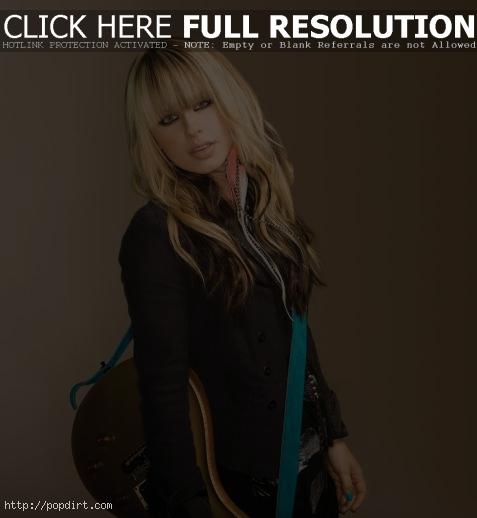 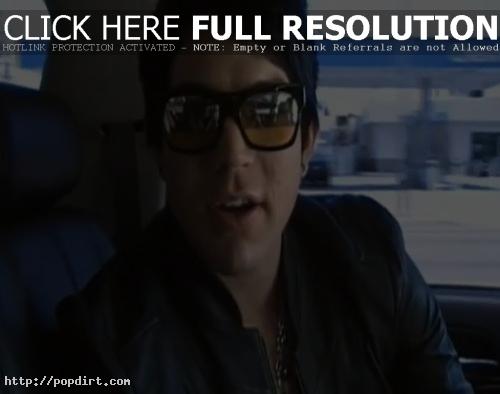 Adam Lambert attended the 21st Annual GLAAD Media Awards at the Hyatt Regency Century Plaza Hotel in Los Angeles on Saturday (April 17). The ‘American Idol’ season eight runner-up spoke with MTV News on the red carpet, picking his favorites for this season after meeting the singers as their mentor last week.

“There’s some amazing voices this year. I think Crystal [Bowersox], Casey [James], Lee [Dewyze] and Michael [Lynche], for me, those four really stand out as authentic, pure, amazing vocals,” he said. “But everyone was really sweet and really friendly and really receptive. I had a great time mentoring, and I had a really good time putting on my laser show. I got lasers! I was so excited. I was like a little kid.”

Watch the comments via MTV.com below.

Adam Lambert was spotted arriving at the River Rock Casino Resort for his concert at the Richmond, BC venue on April 9th. Watch a fan filmed highlight clip from the ‘American Idol’ alum’s ‘For Your Entertainment’ performance below and additional clips from the concert at YouTube.

Adam Lambert Enjoys A Night Out In London With Samantha Ronson

Samantha Ronson and Adam Lambert were spotted together leaving the Mayfair Hotel for a night out on Saturday (March 20) in London, England. Check out pictures from Just Jared. The ‘American Idol’ season eight runner-up wrote earlier in the evening on his Twitter (@adamlambert):

On being a role model: “don’t do as I do- do as YOU do” I hope young folk feel empowered to freely be whoever the fu** they want to be!
“young” is obviously a state of mind. :)

Adam Lambert Made Out With Ke$ha, Is Okay With Wearing Fur 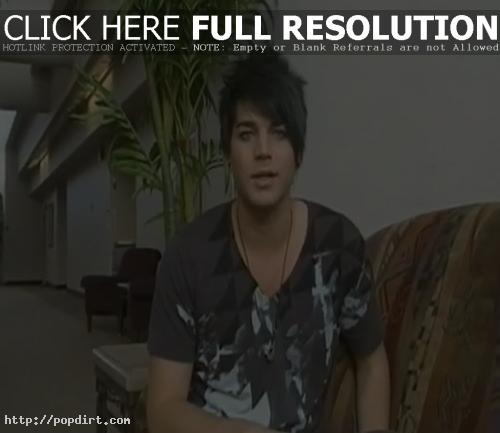 Adam Lambert called into BLI In The Morning o Thursday (February 18), where the openly gay ‘American Idol’ season eight runner-up revealed he made out with Kesha Sebert, aka Ke$ha. “I made out with Ke$ha actually a couple nights ago,” Lambert revealed. “She’s really pretty and we were laughing and just started kissing, I don’t know.” Asked how good of a kisser the ‘Tik Tok’ singer was, Adam responded, “She was great. It was pretty innocent to be honest with you. I mean, it wasn’t too dirty.”

Lambert also discussed Fashion Week in New York City, his big fan on the Long Island station Randy an issue over that woman on the phone during his recent concert, how he thinks Ellen DeGeneres is a fantastic addition to ‘Idol’, not knowing who could replace Simon Cowell, what he thinks about Olympic figure skater Johnny Weir, and viewing wearing fur being okay since “I didn’t kill the thing, so I don’t see why I can’t wear it.”

The interview audio at WBLI.com has since been removed. 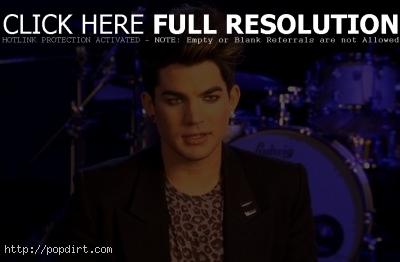 Adam Lambert shows off his ‘strut’ in AOL’s Los Angeles studios for a Sessions live set. In a Q&A, Adam talked about the story behind the album title, working with Pharrell, how fans influenced the album, being influenced by artists like Michael Jackson and Madonna and how he feels about performing with Queen.

Talking about how he came up with the album title ‘Trespassing’, Lambert said, “The album title is ‘Trespassing’ and it’s the title track because to me the song ‘Trespassing’ is like a mission statement. I wrote the song with Pharrell Williams, who is an amazing, great pop producer. I felt that the song kind of summed up what I’m about as an artist and as a person, and I do feel like a trespasser. I feel that not in a literal sense, because I don’t think I’ve broken into an property recently. I feel like I’m very different than the normal dude. I’m pretty eccentric, and as far as the music industry is concerned, I feel like a bit of an outsider. So there’s times that I feel like I’m breaking new ground by breaking in.”

On Pharrell’s role in ‘Trespassing’, Adam said, “One of the main things we talked about which kind of kicked off the song ‘Trespassing’ was different types of discrimination and fitting into the world and finding your own path. I think that’s what ‘Trespassing’ is really all about. It’s about saying, I know I might not be welcome here. I know I’m different. I know that you’re saying keep out, but I’m not going to let that stop me. I’m gonna do what my heart is telling me to do, and do it proudly.”

The ‘American Idol’ season eight runner-up performing ‘If I Had You’, ‘Soaked’, ‘Strut’, ‘Fever’ and ‘Whataya Want From Me’, as well as the Q&A, at AOL.com has since been removed..

Adam Lambert caught up with Billboard at Z100’s Jingle Ball concert event last month at Madison Square Garden in New York City, where the ‘American Idol’ season eight runner-up talked about how he puts together his look, looking forward to moving forward after his controversial AMA performance that got him in trouble with ABC, the new albums from fellow ‘Idol’ finalists Allison Iraheta and Kris Allen, getting to sing with Queen and KISS on the ‘Idol’ finale, and what he’s got planned for 2010. Watch it via YouTube below. 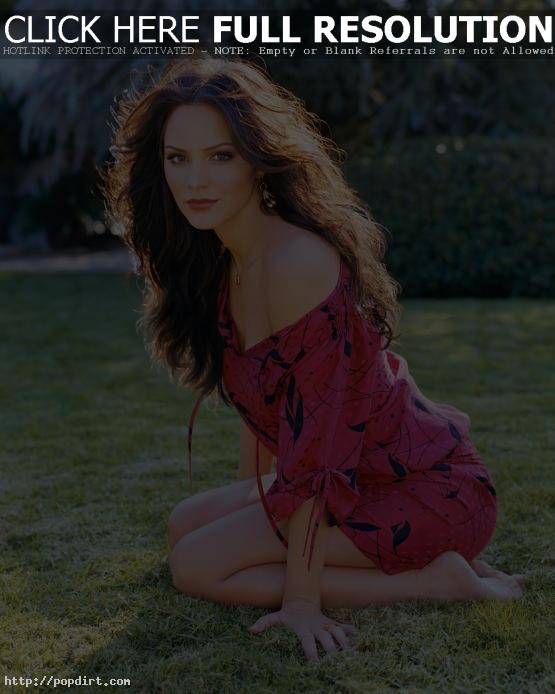