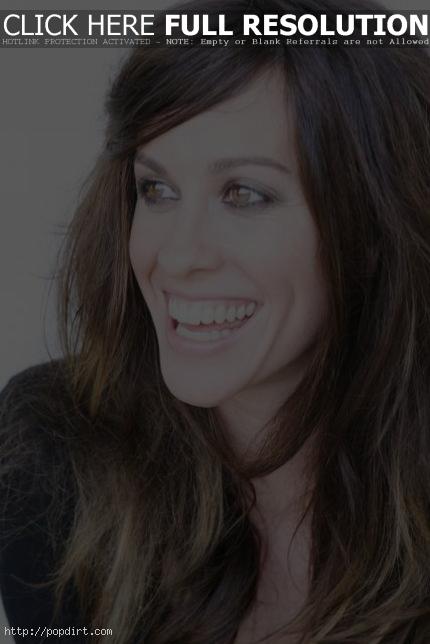 Morrissette Won’t Say If ‘You Oughta Know’ Is About Coulier

After Dave Coulier of ‘Full House’ fame claimed earlier this year that he was ex-lover who inspired the song ‘You Oughta Know’ by Alanis Morrissette, the singer is still refusing to confirm or deny if that was the case. “With all due respect to whomever may see themselves in my songs – and it happens all the time – I never really comment on it because I write these songs for myself,” The Associated Press reports the singer said recently during a conference call with reporters. “I don’t write them for other people. I can appreciate that some people say, ‘Hey, that’s me.’ And whether they’re accurate or not for whatever reason, people recognize themselves in my songs and that says something right there.”

Alanis Morissette spoke with Cole Haddon of CityBeat about her new album ‘Flavors of Entanglement’, which has seen the singer songwriter grow up considerably in between the release of ‘So-Called Chaos’ in 2004, which Alanis admits she hit “rock bottom,” going through a “personal unraveling of a couple of very significant relationships in my life at the time.”

“(‘Flavors’) reflects some serious disassemblings in my personal life, and it’s sort of far-reaching,” Morissette explained. “It reaches into my professional life. It’s like a breaking, or a broken moment captured, and then, I like to think, a phoenix rising. It allowed me to hit rock bottom in a way that I never done before. I’d always sort of bottom-dwelled, but I never really bounced off the bottom. The best news of all for me was that there is a bottom because I used to think that emotions were bottomless and, if I didn’t calibrate it, that I would be eaten whole. So now that I know that, when I surrender, there’s a bottom and I can bounce back up. I realize the only thing that there is bottomlessness to is joy. That’s a pretty big revelation for me.” Read more.

Alanis Morissette Performs ‘Not As We’ On ‘The Early Show’

Alanis Morissette dropped by ‘The Early Show’ to share a glimpse of her new video and perform her latest single, ‘Not As We’. The Canadian singer songwriter confessed she and the band stayed up for the morning appearance and discussed the four year delay in releasing her new album and if her journals are written with the intent of sharing them through music. Watch the interview and performance below the cut. END_OF_DOCUMENT_TOKEN_TO_BE_REPLACED

Alanis Morissette, who performs on ‘The Tonight Show with Jay Leno’ (NBC) on Monday and ‘Jimmy Kimmel Live’ (ABC) on Tuesday.

Keaton Simons, who performs on ‘The Late Late Show with Craig Ferguson’ (CBS) on Monday.

Nick Lachey, who visits ‘Live with Regis and Kelly’ (ABC) on Monday before hosting Monday night’s second half of the ‘High School Musical: Get in the Picture’ (ABC) premiere.

Sara Bareilles, who performs on ‘The Early Show’ (CBS) on Tuesday.

Curt Smith of Tears For Fears, who performs on ‘The Late Late Show’ (CBS) on Wednesday.

Miley Cyrus, who is interviewed by Robin Roberts on ‘Good Morning America’ on Tuesday, co-hosts ‘Total Request Live’ (MTV) on Wednesday and Thursday, and performs on ‘Today’ on Friday.

Tilly and the Wall, who perform on ‘The Daily Habit’ (Fuel) on Wednesday.

Black Kids, who perform on ‘The Late Show with David Letterman’ (CBS) on Thursday.

Gavin DeGraw, who performs on ‘The Tonight Show’ (NBC) on Thursday.

Feist, who performs on ‘Good Morning America’ (ABC) on Friday.

Jesse McCartney, who performs on ‘The Tonight Show’ (NBC) on Friday.

Griffin House, who performs on ‘The Late Late Show with Craig Ferguson’ (CBS) on Friday. 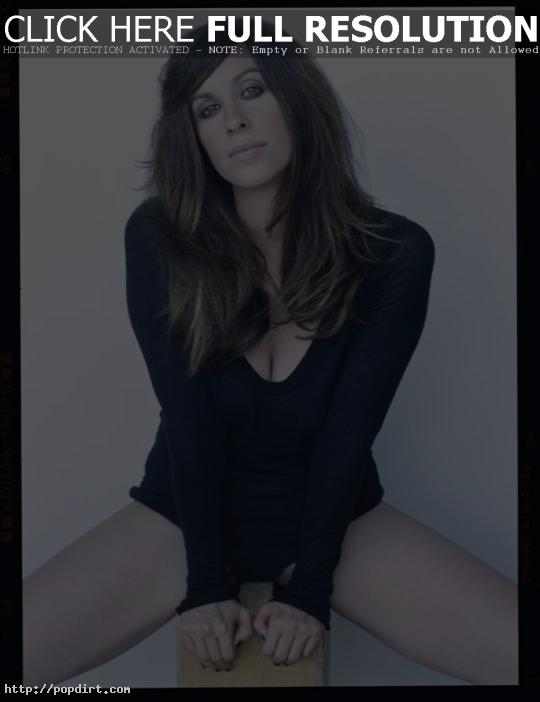 Newsweek spoke with Alanis Morissette in a Q&A, asking the Canadian singer about ex-boyfriend Ryan Reynolds’ engagement to Scarlett Johansson. “I’m really happy for him,” Alanis responded, laughing. She also spoke about plans for a book, telling Jac Chebatoris, “I’m so excited about it. I’m having to put a pin in it right now because I’m touring and I can’t focus on it, but it will re-emerge when this cycle of touring ends. It’s a book of essays that I’ve written and photographs from my travels and self-care practices.”

The full story at newsweek.com has since been removed.

Moby, who performs on ‘Last Call with Carson Daly’ on Monday.

Justin Timberlake, who visits ‘The Tonight Show with Jay Leno’ on Tuesday.

Sheryl Crow, who performs on ‘The Tonight Show’ on Tuesday.

Jamie Lidell, who performs on ‘Late Night with Conan O’Brien’ on Tuesday.

Priscilla Ahn, who performs on ‘The Tonight Show’ on Wednesday.

Alanis Morissette, who performs on ‘The View’ on Wednesday and ‘Tavis Smiley’ on Thursday.

Miranda Cosgrove, who performs on ‘TRL’ on Wednesday.

The Jonas Brothers, who visit ‘Live with Regis and Kelly’ on Thursday.

Cyndi Lauper, who performs on ‘Good Morning America’ on Friday.

Alanis Morissette Performs ‘Ironic’, ‘Thank U’ & ‘Underneath’ On ‘Today’

Alanis Morissette visited the ‘Today’ show on Friday (May 23), performing her 1996 hit ‘Ironic’, the 1998 release ‘Thank U’, and the new single ‘Underneath’. Alanis also spoke with co-host Matt Lauer about her upcoming release ‘Flavors of Entanglement’, writing the album in real-time this time, the album being referred to as a “comeback” album, and how finally going back into the studio was like starting a new workout regimen. Performances and the interview videos at MSN.com have since been removed. 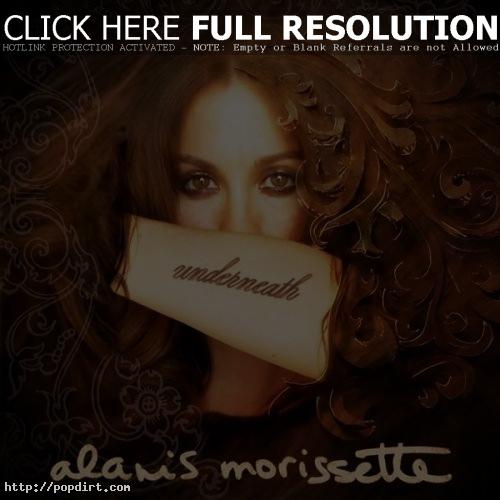 Alanis Morissette is out with the video for her new single ‘Underneath’, following the Canadian singer songwriter on a journey that shows the parallels between saving the world and saving the heart. ‘Underneath’ will appear on Morissette’s forthcoming album ‘Flavors of Entanglement’, due out June 10th on Warner Bros. Records. Watch it below.

Sara Bareilles, who performs on ‘The Late Show with David Letterman’ on Monday and ‘Live with Regis and Kelly’ on Tuesday, and visits ‘Total Request Live’ on Thursday.

Natasha Bedingfield, who performs on ‘Live with Regis and Kelly’ on Monday.

Janet Jackson, who visits ‘The Ellen DeGeneres Show’ on Monday.

Jesse McCartney, who performs on ‘Good Morning America’ on Monday, co-hosts ‘TRL’ on Thursday, and visits ‘Live with Regis and Kelly’ on Friday.

Jason Mraz, who performs on ‘The Tonight Show with Jay Leno’ on Tuesday.

Alanis Morissette, who performs on ‘The Ellen DeGeneres Show’ on Tuesday and ‘Today’ on Friday.

Fergie, who performs on ‘Today’ on Tuesday.

David Cook and David Archuleta, who compete on the finale of ‘American Idol’ on Tuesday, with the winner announced Wednesday. On Thursday, the winner will visit ‘The Tonight Show’, and on Friday, both Davids will appear on ‘Larry King Live’.

Pussycat Dolls, who perform on ‘Jimmy Kimmel Live’ on Tuesday.

Hilary Duff, who visits ‘The Tonight Show’ on Wednesday and ‘The Ellen DeGeneres Show’ on Friday.

Tristan Prettyman, who strangely performs on both ‘The Tonight Show’ and ‘Last Call with Carson Daly’ on Thursday.

Colbie Caillat, who performs on ‘The Tonight Show’ on Friday.