Footage of 78violet in the studio listening to a playback of their new song ‘Suspended’ has been posted at Aly and AJ Michalka’s YouTube channel. Watch below. 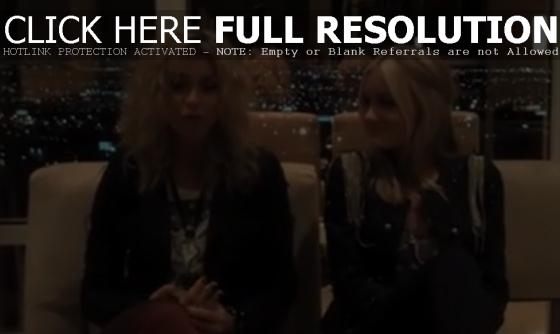 Alyson and Amanda Michalka checked in with fans on their YouTube channel, talking about how their first song as 78violet is the theme song for ‘Hellcats’ called ‘Belong Here’. “Check out the song, we wrote it and produced it with Butch Walker,” Aly said. “It’s the very beginning of a lot of new music for you guys. We’re gonna be back in the studio this spring time. So don’t be nervous that there’s not gonna be any new stuff out, and we’ve got films going out as well.” Watch the Aly & AJ comments below.

AJ Michalka had a quick chat with the paparazzi outside of Katsuya Restaurant the other night. The 78violet singer and ‘Secretariat’ star admitted she wasn’t too familiar with the current contestants on ‘Dancing with the Stars’, but threw her support towards Jennifer Grey. She also talked about being mistaken for Aly and gave Katy Perry and Russell Brand her best wishes after their wedding over the weekend in India. Watch the Hollywood.tv footage via YouTube below. 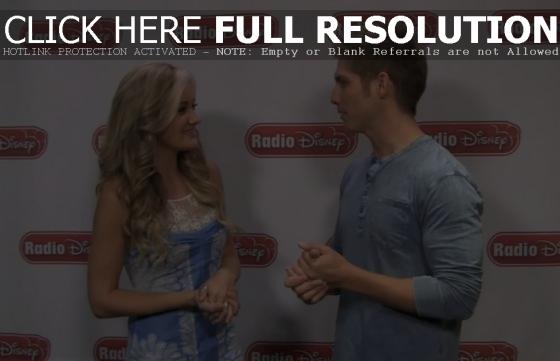 AJ Michalka of 78violet visited Radio Disney’s Celebrity Take with Jake, where she talked about hair, changing hairstylists, if she ever had a hair or makeup disaster, and her “less is more” tip for hair and makeup. Watch the interview via YouTube below.

Amanda Michalka was spotted leaving Katsuya with her boyfriend last night. The 78violet singer was asked about Michael Bolton getting the boot on ‘Dancing with the Stars’, where she suggested a ‘Jersey Shore’ cast member should have went home instead. “The Situation should have been out before him,” AJ said. Watch Hollywood.tv footage via YouTube below.

Aly & AJ Michalka of 78violet were spotted on Sunset Blvd in West Hollywood, were the sisters dropped off their car with a valet only to be told apparently they had to drop it off at another location. The girls giggled when asked if they’d listened to LA Lakers star Ron Artest’s new single ‘Champions’ and said they hadn’t been watching the World Cup much. Watch Hollywood.tv footage below.

A preview of the new CW show ‘Hellcats’, starring Ashley Tisdale and Aly Michalka of 78violet, has been posted online. The series will be airing Wednesdays this Fall. “‘Hellcats’ is the world of competitive cheerleading, and I play Savannah Monroe,” Tisdale told MTV News. “She’s the captain of the cheerleaders and Marti, played by Aly Michalka, has lost her scholarship. So she has to join cheerleaders. And it’s a lot of fun. It’s a drama, but it still has the fun energy. It’s very fierce.” Watch the preview via YouTube below.

Several artists are offering their condolences for Lee Alexander McQueen after the designer’s body was found at his London home on Thursday (February 11) in an apparent suicide. Lee had been in mourning following the death of his mother Joyce on February 2nd. Among the comments:

Lenka (@LenkaMusic): Oh no! Alexander McQueen committed suicide. So so sad… RIP. PLEASE, if you’re close to doing something like this, TALK to somebody. You’re loved and your life is precious!

78violet (@78violet): RIP Alexander McQueen….your creativity in the fashion world will not be forgotten:(

Melody Thornton (@MelodyThornton): My heart goes out to the family and friends of the Great Alexander McQueen. RIP. My mother always told me suicide is so much more painful for the ppl u leave behind. After hs I had a friend commit suicide. Remember… This is a cowardice act. Life is filled w pain and challenge. Everyone feels it. Never give up on life. 2 end ur pain is create a world pain

Sam Sparro (@sam_sparro): Lee McQueen. So sad. I’ll never forget meeting him. He was witty and lovely. I’m totally shocked and really upset. I still can’t believe it. This is such a devestating loss. May McQ continue to inspire all the creators out there.

Keisha Buchanan (@keisha_buchanan): Alexander McQueen RIP. One of the most talented people in the industry.

Janet Jackson (@JanetJackson): Today we lost a True Genius, Alexander McQueen. He possessed a unique creativity that will never b recaptured. Alexander invited me to my very 1st fashion show (his in London.) There will NEVER b another!

Brian McFadden (@BrianMcnugget): alexander designed the riskiest outfit i ever wore. an all in one cat suit with collars belt and jacket. wore it to the AMA”s in 2000

Watch a report from CNN on the news below the cut. END_OF_DOCUMENT_TOKEN_TO_BE_REPLACED

78violet checked in with fans on their YouTube channel with their dogs, offering viewers an early look at what they’ll all be dressing up as for Halloween. Aly Michalka had a ladybug costume on, while sister AJ dressed up as a jockey. Their dog Bandit was in a squirrel outfit, Moneypenny in a Banana getup, Willow matched Aly with a Ladybug look, and Roadie is a Pumpkin. Watch the update below.

Aly and AJ Michalka of 78violet posted a video reminder at YouTube about the 78violet Logo Contest happening over at 78violet.com. Entries must be submitted by August 30th. Watch the reminder via the sisters’ YouTube channel below.