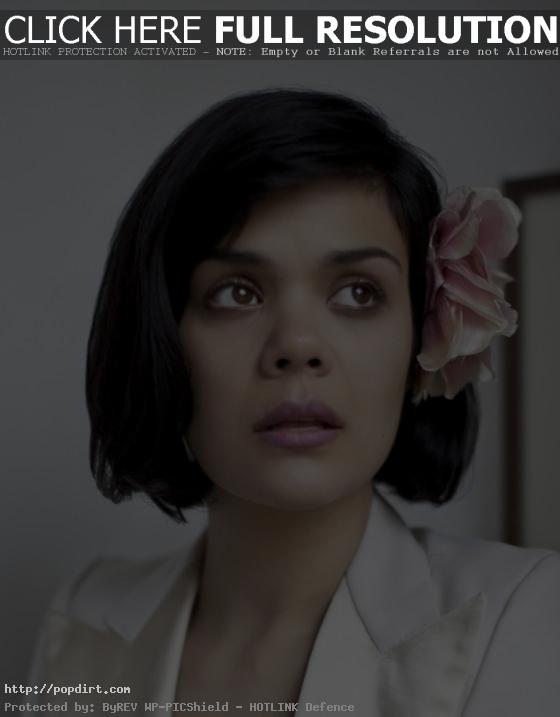 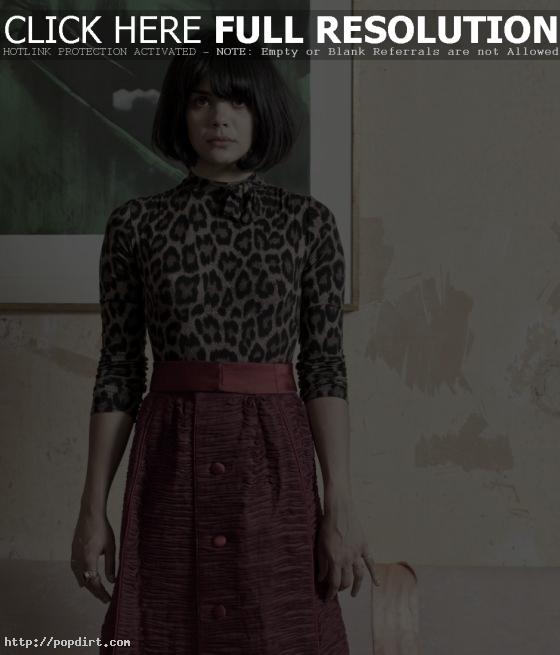 Bat For Lashes did a Q&A session in New York on January 9th, where singer Natasha Khan talked about touring plans in America, if she views herself a feminist, how recording the title track was the most memorable part of ‘The Haunted Man’, getting starstruck around Bjork, and how her favorite song to play live changes depending on the circumstance.

Asked whether she considers herself a feminist, Natasha said, “I think it’s a heavy question. I do in certain respects, and then not in others. I just think people a powerful woman and expressing all of your beauty in all different ways is a good thing to do, so I don’t know if that’s feminism.”

Asked about her most memorable moment recording her latest album ‘The Haunted Man’, Khan said, “We did ‘The Haunted Man’, the actual song from the album, we were in Perugia in northern Italy and Ben was part of the male choir that we recorded out there and one of the experiments was to project the male choir across a canyon out of a huge amp, and all of the male voices hit the end of the valley and came back, and we recorded the slapback delay. That was quite interesting and it sounded great. The song is also about soldiers coming home from war. There’s a definite vibe of men coming over the hill. That was interesting.”

Questioned if she’s been starstruck meeting anyone, Natasha confessed, “I think very early on we played a show in London. It was just on the first record, and Bjork came to the show, and she came backstage afterwards to say hello. For me, that was like, I was so starstruck. I just tried to be cool and be like, ‘Yeah, my friend Bjork’s here. It’s fine.’ I just ended up saying something really weird and we had a really awkward interaction. I was amazed that she came. She seemed really sweet but I was just overwhelmed. I don’t think anyone else.”

Is there a favorite song for Natasha to play live? “We’ve been really enjoying the new tour and I think all of the songs have really grown. They’re much more bombastic and dramatic and there’s one of the songs where I hold up an old transistor radio and there’s cords popping through it,” Khan responded. “That’s quite theatrical, so I enjoy playing all of them live. It changes every night depending on how the night has been, what the audience is like. ‘Daniel’ is always good at the end because everybody dances and hugs each other, but yeah, it changes.”

Tim Virgin of Chicago’s Q101 interviewed Natasha Khan of Bat for Lashes at Lollapalooza 2009 last weekend. They talked about the humid weather at the venue, how the U.S. audience is accepting her music that’s hard to label, her alter ego creating ‘Two Suns’ in New York, and her preference for living in England. Watch the backstage chat via the station’s YouTube channel below.

Bat For Lashes Backstage At Lollapalooza 2009 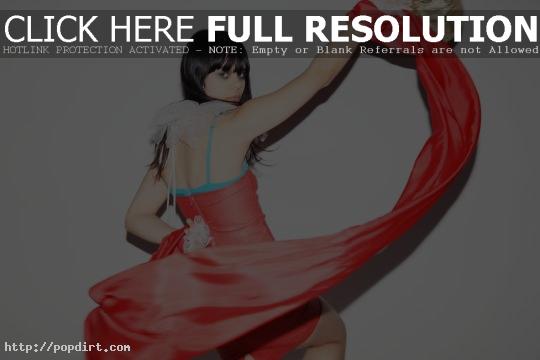 Natasha Khan of Bat For Lashes talked with Billboard at Lollapalooza in Chicago over the weekend about recording ‘Two Suns’, working with Yeasayer, and the effects of performing on a hot afternoon. “The album for me encompasses the desert and the city, and the sea in England,” Khan said. “It’s very much kind of linking those landscapes together.” Watch the interview via YouTube below the cut. END_OF_DOCUMENT_TOKEN_TO_BE_REPLACED

Bat For Lashes is out with the music video to her new single ‘Sleep Alone’, from the British alternative pop singer’s Mercury Music Prize nominated album ‘Two Suns’. ‘Sleep Alone’ will be released in the UK on the September 7th via Parlophone. Watch it via the label’s YouTube channel below. 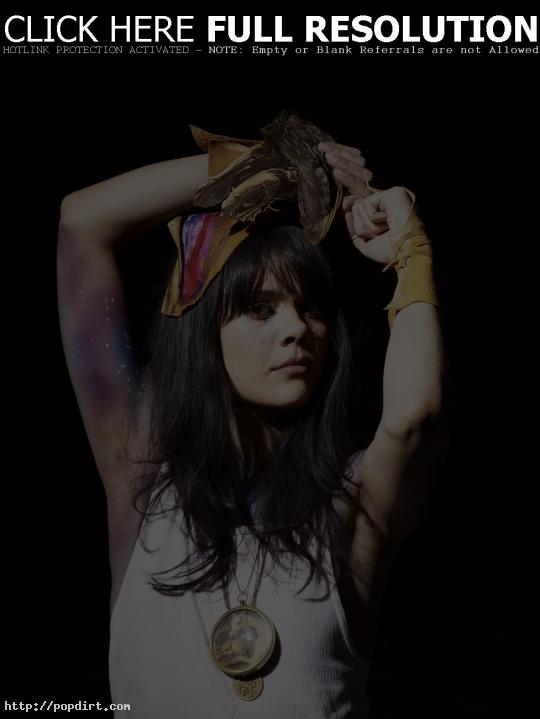 Bat For Lashes posted some rehearsal footage, with Natasha Khan narrating the clip and talking about her band, how she aims to create real atmosphere for the shows, and the difficult effort of finding people she trusts to play the instrumentation she performs on the record in a live setting. Khan releases her second album ‘Two Suns’ next week.

“I’ve been doing this for a couple of years now and at this point I kind of realized that anybody who plays for Bat For Lashes has to kind of be multi-tasking and kind of be a multi instrumentalist,” Khan said. “We’ve had a lot of fun bringing in hip hop influences and sort of quite tribal drum influences. That’s been really exciting.” 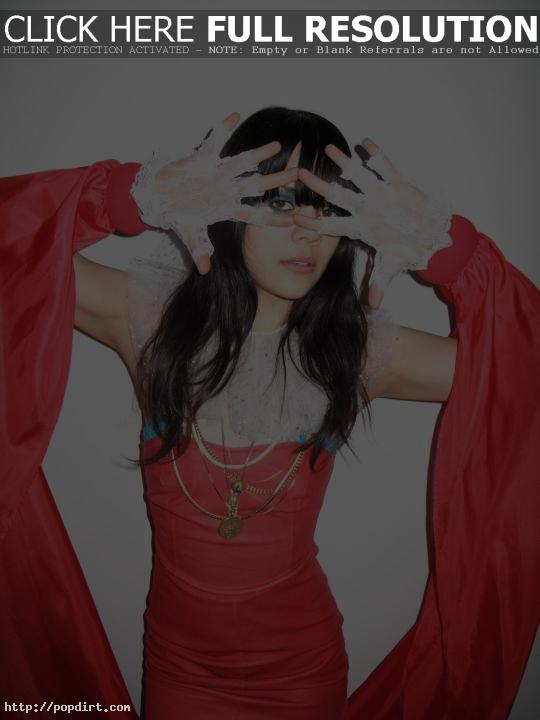 Bat For Lashes are out with the music video to their new single ‘Daniel’, the first release off Natasha Khan’s second album ‘Two Suns’, out April 7th via Astralwerks. Watch the video, filmed in Sweden and directed by the awesome Johan Renck, below.

Bat For Lashes is out with a short film entitled ‘Joshua & The Bat’, featuring footage from the Joshua Tree National Park in California and containing excerpts from all the songs from the new album ‘Two Suns’, including the first single ‘Daniel’. The CD hits stores April 6th via Astralwerks. Watch the video below.

Natasha Khan, the mastermind behind Bat for Lashes, brought her band for a session on KCRW’s Morning Becomes Eclectic with Nic Harcourt in Santa Monica on Wednesday (August 1). The British artist was on the show in support of her debut album ‘Fur and Gold’. Watch the performance and interview via kcrw.com below.