Beach House On The Benefits Of Being A Duo

Beach House are out with the music video to their new single ‘Silver Soul’, off the Baltimore, Maryland dream pop duo’s third album ‘Teen Dream’, out now on Sub Pop. The video was directed by Beach House’s singer, Victoria Legrand. Watch it via YouTub below.

Beach House Perform On The Interface 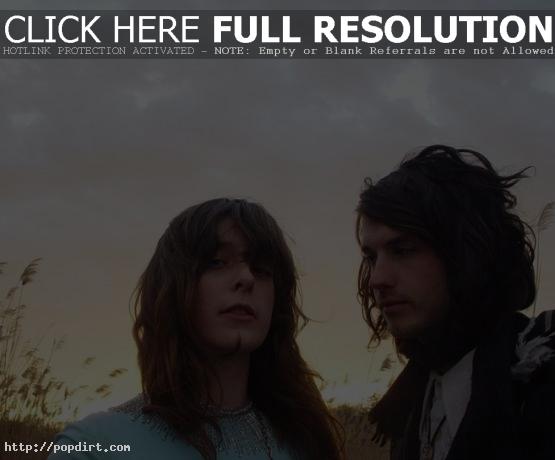 Baltimore dream pop duo Beach House performed a live set for Spinner.com’s The Interface, featuring music from their just released third album ‘Teen Dream’. Victoria Legrand and Alex Scally also sat down for an interview, talking about how they met, how things clicked with the pair, and how they’ve evolved on their latest album ‘Teen Dream’.

“On my porch in Baltimore in 2004, she was recruiting me to join her band,” Alex said about first meeting Victoria. “She was dropping off a CD. She stood really far away in an awkward, strange way. I thought she was probably a goodie two shoes.”

On how things clicked for them, Victoria said, “Well music was the first link, then as friends hanging out. It takes time to get to know somebody, and now we spend all of our time together, so the shoe fits.”

“I think when it comes to this, I’m kind of like a weird, proud parent or something,” Alex said about how the new album ‘Teen Dream’ differs from their prior two albums. “I feel really lucky to be in the band with Victoria. I think that main development, we’ve worked a lot as musicians together, but I think the main development to Beach House has been her voice, which I think if you compare to the last record is so much more amazing and powerful, and like a real voice. It doesn’t sound like anybody, it sounds like Victoria.”

Performances of ‘Zebra’, ‘Lover of Mine’, ‘Take Care’, ‘Walk in the Park’ and the interview at Spinner.com have since been removed.