Ben Adams Happy To Be Back in The Real World Again

Ben Adams checked in with fans on his blog at MySpace (@benadamsuk) on Tuesday (January 27) after getting the boot on ‘Celebrity Big Brother’ last week. The former a1 star tells readers:

Hey everyone. It’s very nice to be out of the house, and be back in the real world again. Hope you all enjoyed watching me make a fool of myself in a dinosaur costume! (and no….. I’m not available for kids parties. ha!) Thanks to everyone who voted for me and all your support. Hopefully I’ll see as many as possible of you at the PA’s I’m doing.

Sony are releasing an a1 greatest hits album, which I don’t know much about, but go grab a copy if you want it on iTunes or in stores from next Monday.

Footage of former a1 star Ben Adams performing his ‘It’s Brutal Out There’ track ‘Won’t Do You Wrong’ live has been posted at his YouTube channel. Watch it below.

April 16, 2005 – Though Liberty X tell Neil Sean of Sky News they have a new album they’re ready to release, he hears their record label V2 may be dropping the ‘Pop Stars’ band.

Invicta FM’s Party In The Park In Kent

Ex-S Club singer Jo O’Meara and former a1 member Ben Adams were spotted “smooching away backstage” at the 02 Party In The Park in Brighton, England on Sunday, a source tells The Mirror. “They even shared a cigarette at one point. Then Jo said: ‘I really want it. You don’t know how much I want it,’ the source added. “No one’s sure whether she was talking about the ciggie or Ben.”

May 30, 2005 – Hooman of Radio Alice in San Francisco interviewed Kelly. She talked about guys who made her weak in the knees, her love for chocolate, the new Pope being part of the Hitler Youth, the Paula Abdul and Corey Clark allegations, why she went blonde, how she felt Kevin Federline “scored bigtime” in marrying Britney Spears, what she felt about the Newsweek Quran uproar, only kissing three guys in her life, her opinion of Paris Hilton, and more. Audio to the interview has since been removed from radioalice.com.

June 8, 2005 – The Mirror reports that Rachel, who won the Amor Amor Woman of the Year award at the Glamour Women Of The Year ceremony, had to fend off a man who ran across Berkeley Square and tried to grab her while she signed autographs. “It was frightening,” an onlooker said. “Security had to be called to get the guy off her.” Rachel said later, “I wish my boyfriend Gavin was here. He’d better treat me when I see him!” 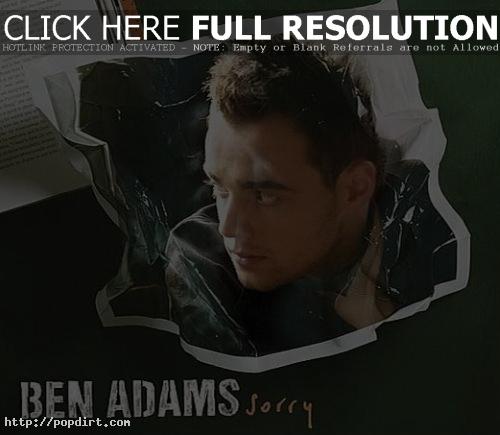 Former A1 star Ben Adams is out with the video to his debut solo single ‘Sorry’, the title track to his debut album. Watch it via Yahoo! Music below.

Former A1 singer Ben Adams posted a message to fans on his official website on Tuesday (September 7). Adams wrote, “Things are packing quite a pace since I last spoke when I’d just signed to the record label BMG. Over the past year I’ve been pouring all of my energy into my music to put together the most exciting musical package I am able to produce. It has been an enlightening experience. The music is at a stage where I now feel happy with the overall depth and range and I am almost ready to start previewing my stuff.”