Brooke White first came to Randy Jackson’s attention when she auditioned for ‘American Idol’ in 2008. She made it into the final 12, eventually bowing out in 5th place. However, Jackson was impressed enough by her talent that he continued to work with her. The pair teamed up to record songs for a made-for-TV movie called ‘Change Of Plans’, and the movie title provied to be ironic when Brooke landed a role in the film.

“We were working on music for the movies, that’s really all I chalked it up to be, and it just kind of strangely happened where they were starting to cast for this movie and they were looking for a singer songwriter, then wheels started turning somewhere in someone’s head, and so they called me and said can you audition, and it was way out of left field for me,” Brooke told Fox All Access host Chris Leary. “I wasn’t aspiring to be an actress, I was definitely working on my music thing, working on another record. I was like, you know what, why not just try it.”

‘Change of Plans’ airs on Fox this Saturday at 8/7 Central. Watch the interview with Brooke and Randy via YouTube below.

The Girls With Glasses (‘American Idol’ alum Brooke White and Summer Bellessa) interviewed Jason Reeves on the beach. He talked about working with Colbie Caillat, being a smiler when he’s singing, being part of Lenka’s hit ‘The Show’, and who inspires his songs. The singer songwriter also performed ‘Wishing Weed’. Watch it via YouTube below. 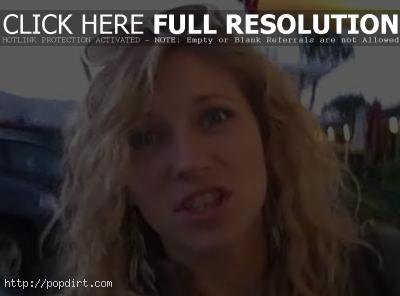 Brooke White checked in on her Vimeo while at a produce stand, checking out fruits and vegetables.

“We’re gonna buy some yummy fruits and vegetables, because they are healthy and delicious and nutritious and I love it,” the ‘American Idol’ season seven alum said, adding that “people are totally looking at me strange because I’m talking to myself.” 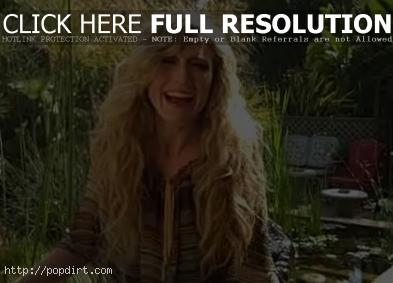 “It’s pretty special,” Brooke said of the historical landmark. “Pretty spectacular. Lot’s of old crickety chairs and plants and koi ponds and all that jazz and it’s awesome. Fun stuff. I’m looking kind of ’70s, my favorite thing. We’re having a great time so I can’t wait for you guys to see it all and hear it all and be a part of it all.”

Watch the message via Veoh below the cut. END_OF_DOCUMENT_TOKEN_TO_BE_REPLACED 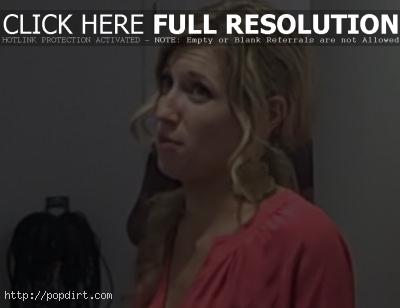 Brooke White posted some footage backstage at the Grammy Museum in Los Angeles, where the ‘American Idol’ alum signed the Wall of Fame after reviewing some of the other signatures on the board. White also joked about writing a message wanting a Grammy.

“I am in the Grammy museum, and we’re in the Wall of Fame actually, which doesn’t seem like I should be signing it, but they asked me to, so I’m going to,” White said.

“If there was one valuable lesson that I learned from my ‘Idol’ experience, it would be to remain true to myself, even if that means going down the road less traveled and taking a few risks,” White said in a press release. “I’ve been hands-on with all aspects of this record, so I decided to form my own label and release it myself, too. Once the decision was made, it felt pretty liberating.”

Brooke White updated fans on her blog at MySpace (@brookewhite) on Thursday (April 9), talking about the difficulties in songwriting. The ‘American Idol’ season seven runner-up writes:

So I woke up this morning, feeling pretty lazy actually, realizing that I had a major day ahead of me, I just couldn’t get myself motivated. I would definitely consider myself a morning person, I love getting up early and getting the day started… well, not today:) So I just stayed there in bed for a while, snuggled up in my covers, watched a little bit of the today show… but could I really relax… well of course not, I don’t really do “relax”… even when I’m “relaxing” it’s pretty much not happening, it’s like pretend relaxing, why? Good question… I’m just an intense gal, what can I say, can’t slow down the noggin’, always creating… kinda drive myself up the wall with it… I gotta remind myself “just calm down lady”, again, not overly effective, but hey I’m tryin’.

So anywho, so as I was laying there, I started humming a melody, almost subconsciously, when I realized “hey that’s good, you should record that”, so I reached over grabbed my iPhone and recorded the idea, then I thought, “you know, you really should get out of bed and go sit at the keyboard and start working this out”… I kinda whined about it and thought, “is it really that good? like good enough to get out of bed for”… finally I kicked the covers off in a rather irritated fashion… and I stumbled over to the keyboard, and started working on the idea.

Brooke White updated fans on her blog at MySpace (@brookewhite) on Thursday (April 2), talking about returning to the role of watching ‘American Idol’ after participating in the hit FOX show last year. White tells readers:

“Did I really do that?” was the question I asked Dave last night as we sat watching the last half of last night’s results show. Yes, sometimes… or even often, I have to remind myself that I was on American Idol. Since season 8 has started, I have had few opportunities to really sit down watch the show, as I have been completely submerged in the making of High Hopes & Heartbreak. However the handful of times that I have had the chance to watch, I have been overwhelmed with feelings of anxiety… “POST IDOL TRAUMA” as I like to call it :) Yep, well I guess I’m a little traumatized… why? I dunno, I suppose cause I kinda know what they are going through, and again, It’s hard for me to believe that I actually went through it myself! As a matter of fact, watching the show reminds me how absolutely insane it all really was, the difference is, while I was actually on the show, I felt like I was in a bubble, sheltered and protected from the outside world, keeping my focus, and even when I was in that studio singing and playing the piano in front of a few 100 people in the audience along with some cameras, I never really grasped the idea (purposefully perhaps:) that in reality I was performing in front of millions, in peoples living rooms through out the country for several weeks. Though it was still unbelievably stressful and scary… I think I felt somewhat safe in a way, not seeing myself through the eyes of the public, tuning out their opinions and judgements. Dealing with the judges feedback was enough to handle, along with struggling with my own insecurities. But now, outside looking in, watching the show after being on it, gives me a whole new perspective on the experience. A somewhat terrifying perspective:)

As I was driving in my car Wednesday Morning, I flipped through several radio stations, sure enough every morning show was buzzing with Idol Talk, and what was disappointing to me, was that the majority of the commentary was in fact negative, harsh and mean spirited towards contestants as well as judges. Comparing this person to another, who’s better than who, kinda like a popularity contest, kinda reminiscent of high school. I just notice this type of response overall… it’s almost as if there just seem to be so many that just love the opportunity to express their dislike about people that they don’t even know.

Friends… I know I have promised you a new vlog and blog, and believe me it is my hearts desire and real intention on delivering on that promise… however I have been way in over my head working day and night on “High hopes and heartbreak”, I suppose this is a decent excuse, but I still apologize nonetheless. I have even recorded 3 videos, but I had no time to edit (yep I still do this stuff myself) and now they are behind and out of date, so I have to make new ones now. That being said, the album is moving along beautifully and I just can’t wait for you all to hear it… seriously I can hardly stand it! But there is still plenty more to do, and I am trying to just soak up every minute of this creative process… really this is my reward, just getting to make the music!

“Well better late than never,” Brooke writes. “Came across this vlog from Christmas that I never posted, probably cause I thought it was ridiculous… and it still is:)”