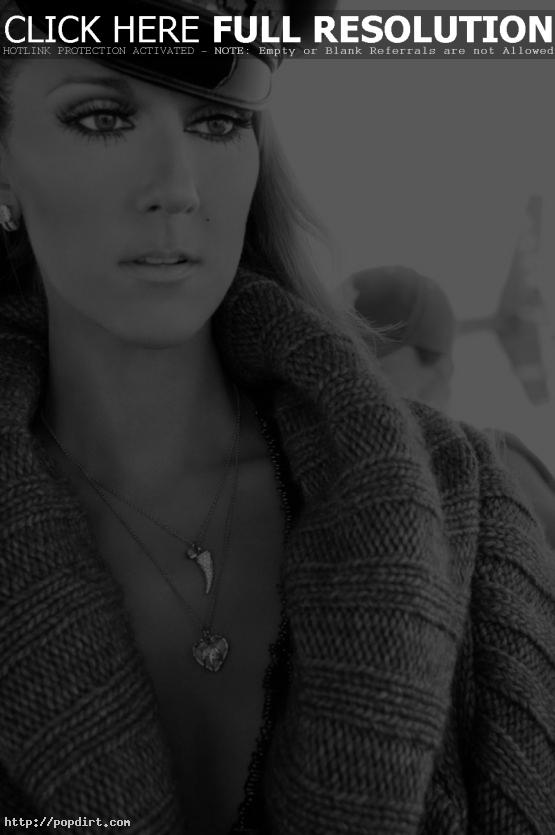 Celine Dion saluted John Lennon on the 30th anniversary of his death with a brief rendition of ‘Imagine’ during an appearance on ‘Larry King Live’, aired Wednesday (December 8). “What a legend. What a man,” Dion told Larry. “And it’s so unfortunate what happened. And it’s amazing because 30 years ago, like you said, he was killed. And it’s amazing because today Rene and I were talking together about him, and I was 12 years old when he was – when he was killed. But fortunately, through his amazing music and through my family, my brothers and sisters and my husband, I have learned his music and his words. And so I kind of grew a little later with him. But he’s part of my life. And we were talking a lot about him today. And it’s just like I remember that 40 – 40 years ago he wrote an amazing, amazing song called ‘Imagine’. And we’ve been singing that song today in the house. And it’s just so unfortunate, you know?” Watch it via CNN.com below.

What To Expect On ‘Celine: Through The Eyes Of The World’

AOL PopEater caught up with Celine Dion in a Q&A, asking the pop singer about her first tour documentary ‘Celine: Through the Eyes of the World’, which comes out in the U.S. on May 11th and chronicles her recent ‘Taking Chances’ tour.

“It was quite an amazing adventure – traveling the world,” Celine said of the documentary–concert film. “It was very different this time for me to do this tour, for a few different reasons, actually, because there’s places that I have never been before – for example, South Africa, Dubai, Malaysia. That was very very exciting. And [to have] my son on tour with me, and also my mother – it was a family adventure. As an artist, it was extraordinary to be able to visit and see my fans again. And at the same time, to make, on top of that, the best of it and see the world and see treasures and see beauty – just see the different ways of living and cultures. It was just so nourishing, you learn so much. We grew. Everyone from this tour grew tremendously.”

Celine also talked about how she celebrated her recent 42nd birthday, the difficulties of going on tour after being a performer in just one city – Las Vegas – for the prior 5 years, a particular memory she had with her son during the trek, the most rewarding part of her Vegas experience and how motherhood has changed her.

Check out the entire interview here and watch her performance of ‘The Power of Love’ featured on the DVD below.

Behind The Scenes In Celine Dion’s Dressing Room

Preview of rare behind the scenes footage captured in Celine Dion’s dressing room before one of her shows on the 2008-2009 Taking Chances World Tour for the special ‘Celine: Through the Eyes of the World’ movie premiering in theaters only has been posted at her YouTube. For more info on ‘Celine: Through the Eyes of the World’ or to purchase tickets, visit TheHotTicket.net. Watch it below.

Celine Dion ‘All By Myself’ Video

Celine Dion is out with an ‘All By Myself’ music video with footage from her upcoming movie, ‘Celine: Through the Eyes of the World’, premiering in theaters from February 17-28 in America, February 18-24 in Australia, and February 17-21 in the UK. Check out TheHotTicket.net for more details. Watch it via YouTube below.

Celine Dion looked fashionable upon stepping out of the Ritz-Carlton Hotel to go shopping on Wednesday (October 14) in New York City. Check out pictures from Just Jared. 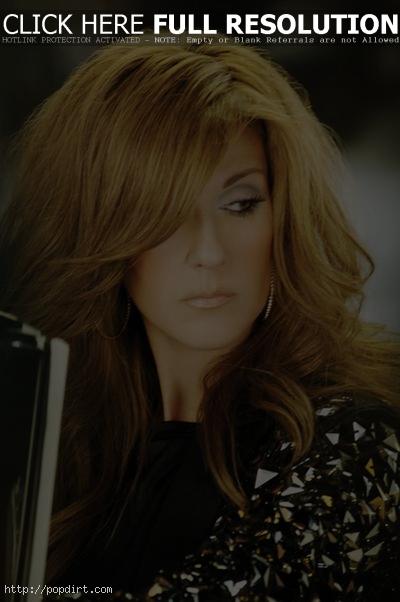 Celine Dion Talks About Freezing One Of Her Embryos

Celine Dion spoke with ‘The Early Show’ co-host Julie Chen about freezing one of her embryos in the hope of possibly extending her family one day with hubby Rene Charles. “We’d love to expand the family,” Dion said. “We’d love to be blessed again. We don’t want people to think that, ‘Oh my god, she’s 40 years old. She’s gonna be 41, 42, what if it doesn’t work?’ I’m very positive, but I always keep a little negative side to be ready for it.” Watch a clip of the interview below the cut and read more on the interview at CBSNews.com. END_OF_DOCUMENT_TOKEN_TO_BE_REPLACED

Celine Dion, who performs on ‘The Tonight Show with Jay Leno’ (NBC) on Monday.

Jesse McCartney, who performs on ‘Live with Regis and Kelly’ (ABC) on Monday.

Colbie Caillat, who performs on ‘The Tonight Show with Jay Leno’ (NBC) on Tuesday.

Lady Gaga, who performs on ‘The Ellen DeGeneres Show’ (Syndicated) on Tuesday.

Britney Spears, who dances to her music on ‘Good Morning America’ (ABC) on Tuesday.

Drake Bell, who appears on ‘The View’ (ABC) with Josh Peck on Thursday.

Katy Perry, who performs on ‘The Ellen DeGeneres Show’ (Syndicated) on Friday.