Billy Bush of ‘Access Hollywood’ sat down with music icon Cher to discuss politics and set the record straight on rumors about her health. The singer was wearing a “Ba-Rack The Vote” t-shirt and spoke about her support for Barack Obama. “I honestly think that there are some people that are healing people and there are some people like this president that we have right now – he says he’s the big decider but I think he is the big divider.”

As for those speculating she had cancer, Cher said, “If I had cancer everyone would know it. I wouldn’t tell them but somebody would. You know when you have those kind of things happen, if you’re famous you can’t keep them secret.” Watch the interview, aired Thursday (October 30) on the ‘Today’ show below. 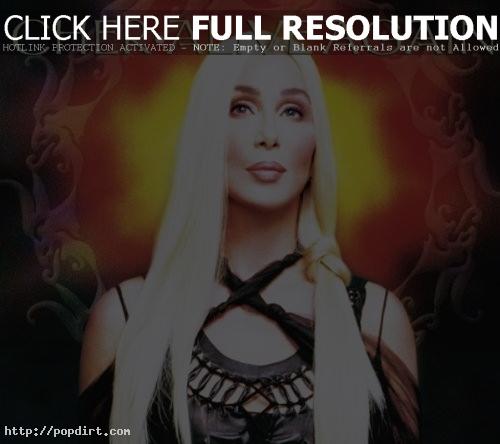 Cher, who recently turned 60, is quoted by the UK newspaper Metro saying: “I look at Madonna and think “Nice try dear, but you’re not doing anything I didn’t do 20 ago.” Read more, including comments by Paris Hilton, here.

May 28, 2006 – The Las Vegas Review Journal reports caught up with Vegas based Madonna impersonators Kenneth Blake and Jimmy Emerson for their insight on what makes the Material Girl tick. “Madonna told everyone, two weeks ago on the BBC, that she’s a gay man in a woman’s body,” Blake says. “She’s a boy and a girl, all wrapped up into one.” Emerson added, “What makes Madonna Madonna is that whatever she does sticks in peoples’ minds.”

May 27, 2006 – Pop Queen Madonna’s latest album, ‘Confessions on a Dancefloor’ has recently surpassed the 7 million mark in units sold. The #1 album has had two singles released so far, the worldwide #1’s ‘Hung Up’ and ‘Sorry’. ‘Get Together’ has been announced as the next single.

Madonna’s ‘Confessions’ Concert: Good, If Over The Top

May 25, 2006 – Syndicated columnist Liz Smith commented on the opening of Madonna’s world tour the other night in Inglewood. “Even if you are not especially a Madonna fan, I defy anybody to watch this woman work for two hours onstage and come away unimpressed,” she writes. “Madonna is determined to tattoo her vision onto her audience and make them think whether they want to or not. She is equally passionate that her fans get the very best of her, doing what they want to see her do.”

Nearly 18,000 fans packed the Hollywood Bowl Saturday night (April 30) for what is being called Cher’s very last performance ever. “All right, Jessica Simpson, Britney Spears, Jennifer Lopez,” Cher told the audience. “All right. Okay, I’ll tell you something that happened and this is the truth. One night I got so excited by you guys. I was at a concert and it was so exciting they’re like, ‘Boo, boo,’ and then I said, ‘Oh, they’re a bunch of little hoes aren’t they?!’ Yes. But don’t you know, two of them were really angry and didn’t think it was a joke. No, no, I’m not gonna mention any names. Well, all right but, big butt! Yes. She was a little pissed off. But I don’t blame her. She doesn’t understand that I’m just kidding when I call her a little hoe, you know. It’s just my sense of humor. I call myself a little bitch, they’re little hoes. It just works for me, you know. So, whatever, so whatever. I have to proceed with the show, and those girls are coming, so we have to prepare ourselves. So, ladies and gentleman, and flamboyant gentleman, and boys and girls and children of all ages, welcome, to the Cher show! And I– and I just have one thing to say to those young girls coming up: Follow this you bitches!”

A rep for Britney Spears and Jennifer Lopez responded to a report that Cher referred to both as hoes during a concert in Auckland, New Zealand on Sunday night. “For someone who has had their fair share of bad press, it is surprising she would comment on two women she hardly knows,” the rep told The New York Post.

February 22, 2005 – When ‘Wetten… Dass?’ host Thomas Gottschalk was about to question Jennifer if she was pregnant, the 35-year-old singer put up her hands saying “don’t ask”. Marc Anthony’s wife did promise the German host that he would be among the first to know if there was anything to the pregnancy rumor. “I had a bit of a cold. But I wanted to be here [on the show] because I know how important it is, and because of you [Gottschalk],” Lopez said.

Nui Te Koha of the Herald Sun was on hand for Cher’s concert in Auckland, New Zealand, during the Australian leg of her farewell tour on Sunday night (October 20). Cher explained her decision to quit touring to the 20,000 fans, saying “I’m not going to give up show business, but there are new girls coming up like Britney and J.Lo.” When the crowd booed in response, she added, “I know. They are hoes, aren’t they?”

February 20, 2005 – Friends of Jennifer Lopez can’t help but notice how hubby Marc Anthony seems to always be watching over the diva. “In a way, it’s cool,” a pal remarked. “But in another way, it’s suffocating.” As to how J.Lo will react to Anthony’s clinginess, one pal said, “Either she’ll explode, or this is the place she wants to be. No one seems to know – they can’t get her alone to talk about it!”

MuchMusic VJ Vs. ‘Jennifer The Conqueror’

February 18, 2005 – Imagine if VJ Leah Miller spent her first day on the job with Jennifer Lopez. MuchMusic dug up some archived footage and cooked up a mock interview to show viewers if she would have won the battle with “Jennifer The Conqueror.” Video at muchmusic.com has since been removed.

February 15, 2005 – Jennifer’s Sweetface collection is another feather in the star’s cap. Her debut show at New York fashion week on Friday (February 11) unveiled the high end version of her JLO clothing line.

February 15, 2005 – Jay Leno joked about Sunday night’s Grammy Awards during his Tonight Show monologue on Monday night, “What was that Jennifer Lopez and Marc Anthony singing in that bedroom? What was that? ‘Gigli’ the musical? That song lasted longer than her first two marriages.”

NY Rock caught up with Cher for a Q&A and asked the veteran singer what she felt about illegal music sharing on the Internet. “I think it’s so bad. I think it’s so wrong,” Cher said. “It’s stealing. That’s all there is to it. And it’s stealing from the people who can’t afford it. The people who wrote the songs. And technicians. It’s like dominoes. You know, where you take work out of the people who are packing and printing, and shipping, and all that.” Read more.

Queer Eye’s Carson Kressley interviewed Cher for Us Weekly and asked the veteran singer for her thoughts on Britney Spears and Christina Aguilera. “I think to myself, ‘Good thing I’m not comin out now, or I’d be in trouble.’ But you know what? I say, why not go all the way naked? If you have a great body, do it!”

Cher and Hanson were amongst the stars on hand for the ‘Stuck on You’ New York Screening on Monday (December 8) at The Clearview Chelsea West Theater. Check out pictures from FilmMagic, RexFeatures (page1 / page2), and GettyImages (page1 / page2).

With 200 concerts that grossed $145 million and drew 2.2 million people, an Emmy Award-winning TV special and a new record deal with Warner Bros., Cher continues to break down barriers. “This is the biggest tour in history by a female artist,” Brad Wavra, VP of touring for Clear Channel Entertainment and producer of the tour told Billboard. “She crushed any other female artist.”

Cher has waded into the debate over the war on Iraq, saying she was shocked by a recent visit to a hospital for wounded American troops. Cher unexpectedly phoned a C-SPAN without saying who she was and condemned the way maimed soldiers were being “hidden” from the public. She said a recent visit she made to see injured soldiers at the Walter Reed Army Medical Centre in Washington was “the most heinous thing I have ever seen.” Speaking on C-Span Cher, 57, said: “The thing I was most shocked by as I was walking into the hospital, the first person I ran into was a boy that was about 19 or 20 years old who had lost both of his arms. Everyone had lost either one limb or two limbs. A couple of the boys told me it was because their vehicles – the rockets pierce their vehicles so much – it`s like being in a kind of tin can. These boys had the most unbelievable courage, they felt it was their duty. And it took everything I have as a person to not, you know, break down.” She asked why President George Bush and senior administration officials were not “taking pictures with all these guys.”