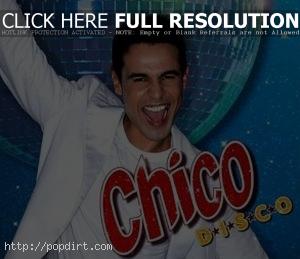 ‘X Factor’ star Chico Slimani is out with the music video to his new single ‘D.I.S.C.O.’ Watch it via YouTube below.

Party In The Park In Leeds

June 21, 2006 – Neil Sean of Sky News reports that former Blue star Duncan James has spoken out over the secret demise of his planned TV company with rumored girlfriend Tara Palmer-Tomkinson. “We have decided to go our separate ways business-wise as we both had fixed ideas on the sort of shows we wanted to make,” Duncan told a spy.

June 10, 2006 – The Sun’s Something For The Weekend features a Q&A with former Blue star Duncan James, where he was asked if he saw a long future as a solo singer. “Singing isn’t what I want to do forever,” he said. “The TV presenting has been cool and I’d like to do some acting but I’d really like to manage a band or set up my own agency. I want to help kids and new artists who may not otherwise have the opportunity to get into the music business. I’d been trying for years before I got into Blue. You just need the right break at the right time, which I can help with.” Read more.

‘X Factor’ star Chico Slimani showed off his 13-day-old daughter Lalla-Khira in a photo shoot for News of the World. “I’m the happiest daddy in the world,” the ‘It’s Chico Time’ singer said. “The first time I held her in my arms it was a feeling of the greatest love on earth.”

Shayne Ward Happy For Chico, But Not Threatened

‘X Factor’ winner Shayne Ward tells Ann Montini of SKy News she is happy for runner-up Chico Slimani to have landed a No.1 too with ‘It’s Chico Time’. “Chico’s success is great,” Ward said. “I’m not at all worried about him. We’re not competition. After all, we’re both so different.”

‘X Factor’ star Chico Slimani spoke with The People about the loss of his kid brother Faisal to leukaemia, who died before his seventh birthday. Chico was 14 at the time. “He was such a handsome little boy – a beautiful angel, a perfect child. No wonder God took him,” the 34-year-old tells The People. “Faisal was an extraordinary person. I used to just sit there in awe, transfixed by what he was saying. He was an unbelievable kid.” Read more.

Orson were able to knock ‘X Factor’ contestant Chico Slimani out of the top slot on the UK singles chart. ‘No Tomorrow’ ended the two-week chart topping run of ‘It’s Chico Time’, sending it to the #2 spot. Black Eyed Peas got a big bump with ‘Pump It’, jumping from #16 to #3, while the Pussycat Dolls dropped one to #4 with ‘Beep’. Other notables include Girls Aloud, who debuted at #6 with ‘Whole Lotta History’, Sugababes, who dropped three to #7 with ‘Red Dress’, and Madonna, who dropped two to #9 with ‘Sorry’.

‘X Factor’ contestant Chico Slimani remained atop the UK singles chart for a second week with ‘It’s Chico Time’, beating out Orson, which jumped from #5 to #2 with ‘No Tomorrow’. In the third slot were the Pussycat Dolls, with ‘Beep’ featuring will.i.am, and Sugababes debuted at #4 with ‘Red Dress’. 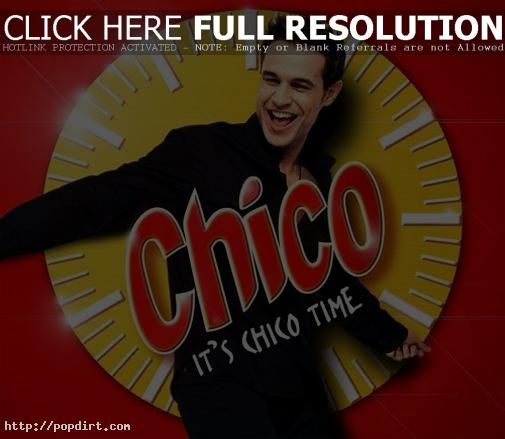 ‘X Factor’ contestant Chico topped the UK singles chart for the week, with ‘It’s Chico Time’ edging out the Pussycat Dolls’ ‘Beep’ featuring will.i.am of the Black Eyed Peas. Other notables include last week’s number one, Madonna, who dropped to #4 with ‘Sorry’, Shakira, who debuted at #9 with ‘Don’t Bother’, Westlife, who dropped from #4 to #11 with ‘Amazing’, Charlotte Church, who debuted at #14 with ‘Moodswings (To Come At Me Like That)’, and Michael Jackson, who debuted at #15 with the re-release of ‘Rock With You’.