This week has been intense! It started off with Darude and I playing a set in Clearwater, Florida. The atmosphere was cool, lade back vibe. Started off the set with some Electro Breaks, then went into some straight up bangers! I was a lil pissed, because some one bumped into my pedal board and F*d it up, so I wasn’t able to do any of my songs over my beats, but it turned out regardless.

From Tampa, I went straight to Miami for the Winter Music Conference. 2nd year now. And I couldn’t believe all the people that came out this year. It was up 60 percent. Man I love hearing that. More and more people are getting into Dance Music. We are blessed!!! BT and Christian Burns (formally of BBMak) met up with me and this is when things got crazy. 3 single guys in Miami!! It was like a scene out of Girls Gone Wild. HAhahah. Total frat party, playing pranks on each other, seeing who would do the craziest thing. We started a boy band called The Jaundice Brothers…. give the face that us total white boys got seriously burned in the sun, the moment we went out. haha. Watch out Jonas Brothers we’re gonna take over your teeny boppers and show them what real music is like. 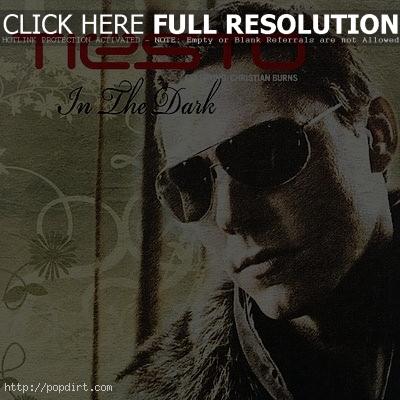 Tiesto is out with the music video to his new single ‘In The Dark’, featuring vocals from former BBMak star Christian Burns, from the album ‘Elements of Life’. Watch it via Yahoo! Music below.

Former BB Mak star Christian Burns has posted new music on his Inhaler MySpace page. Listen to the electro rock tunes ‘Something About You’, ‘Out There’, ‘Love Is Suicide’, and ‘Back To The End’ here.

The Sunday Mirror reports Atomic Kitten star Liz McClarnon was spotted getting very close and personal with former BBMak star Christian Burns. A spy says the frisky pair were spotted heading to the bathroom together at Manchester’s Circle Bar. “Liz looked very, very happy,” the spy said. “She had a big smile on her face. She and Christian really hit it off.”

The Mirror reports Jennifer Love Hewitt has been dating BBMak star Christian Burns for the past few weeks. “Christian is smitten with Jennifer,” revealed a source. “They were introduced at a party and they have been seeing each other ever since. Christian has never been happier but, knowing his conquest history, this might be a short fling.” The source adds, “Jennifer has been telling her mates that she hopes it will last.”