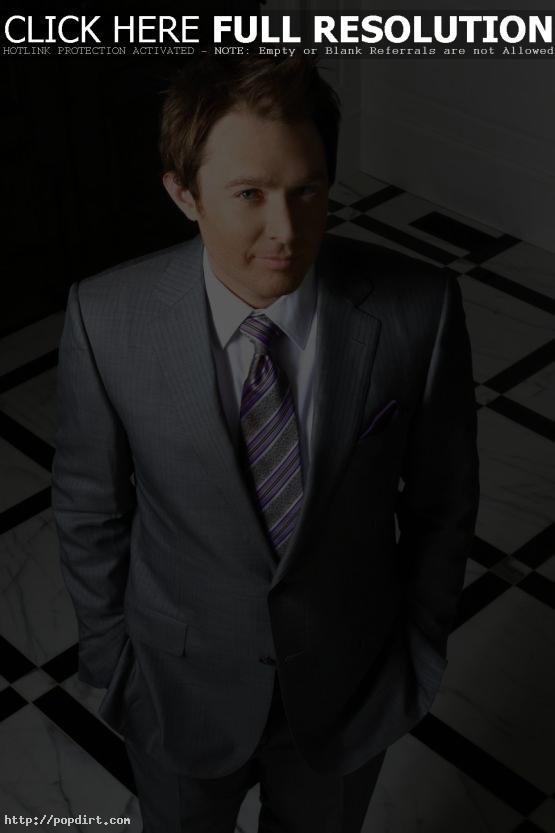 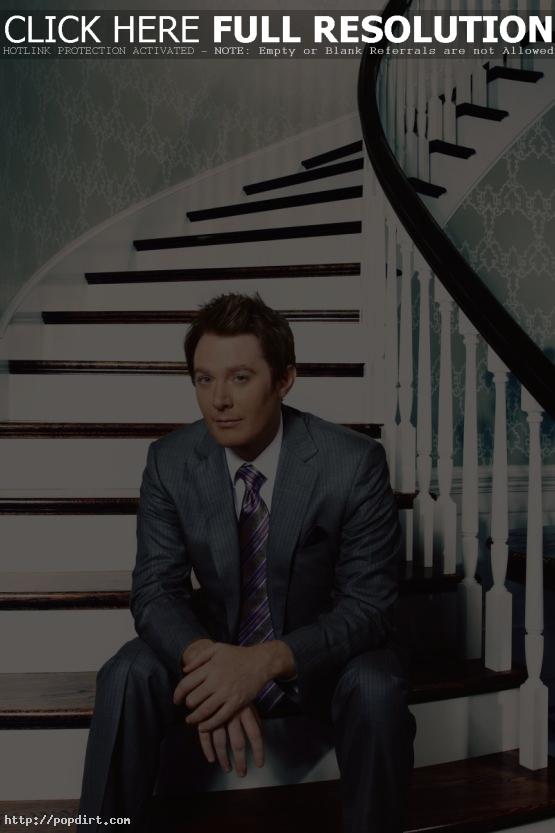 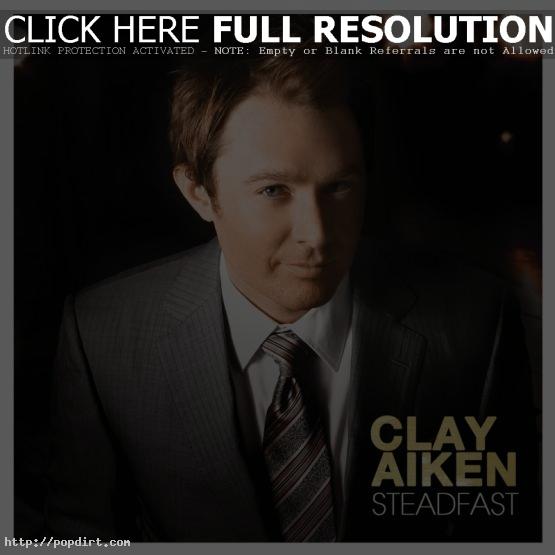 ‘American Idol’ season two runner-up Clay Aiken is set to release his semi-new album ‘Steadfast’ on March 27th via Decca Records, which coincides with the pop singer’s stint on the NBC reality show ‘Celebrity Apprentice’. ‘Steadfast’ features mostly songs from his 2010 ‘Tried and True’ album, along with the new single ‘Bring Back My Love’ and a version of ‘Who’s Sorry Now’.

Clay Aiken checked in with his Twitter followers (@clayaiken) earlier today while watching CNN, unhappy with the network playing up the revelation by the parents of Florida A&M University drum major Robert Champion that he was gay. Champion died after being beaten severely during a hazing attack in Orlando last semester. The ‘American Idol’ season two runner-up posted a pair of Tweets directed at Brooke Baldwin, who teased the revelation that Aiken viewed as tabloid journalism. The family attorney Christopher Chestnut said during a news conference that an investigation showed “This was hazing, not a hate crime.” Aiken writes:

@BrookeBCNN The parents of FAMU student R clearly trying 2 not let his legacy 2B defined by sexuality. Stop making that the story! :-(

@BrookeBCNN Big fan. Fellow Tarheel. Watch everyday.. But that teaser about them “making a major revelation” was tabloid and unfair. :-(

For the record… @BrookeBCNN is one of my fave CNN anchors, for sure. (along with @FWhitfield, who I LOVE) Just disappointed today.

Clay Aiken ‘Bring Back My Love’ 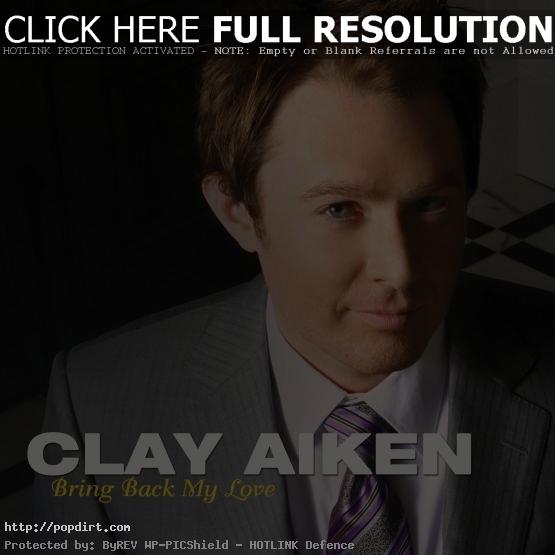 Clay Aiken released his new single ‘Bring Back My Love’ on iTunes (Decca) on Decmeber 20th. The song is the first single released by the ‘American Idol’ season two runner-up since 2008’s ‘On My Way Here’, with his first album on Decca ‘Tried and True’ having no singles or radio play.

Clay Aiken spoke with WRAL about how ‘American Idol’ contestant and fellow Raleigh, North Carolina area native Scotty McCreery is in the same position he was eight years ago. “He’s very different than me, isn’t he?” Aiken joked. “If he makes it to finale, even if I don’t watch, I’ll call in.” The singer added that local support through the competition’s final week was “a large part of why I made it as far as I did.” Watch the interview at WRAL.com.

April 25, 2011 – After Casey Abrams performed on ‘American Idol’ Songs of the 21st Century night, host Ryan Seacrest surprised everyone by wearing Casey’s beard. Watch behind the scenes footage showing how it went down to Ryan’s surprise below.

April 16, 2011 – ‘Jimmy Kimmel Live’ joked about the ‘American Idol’ audience member controversy, with an overweight 19-year-old woman claiming she was moved from the front row because she was too fat. “Which is a great idea for a show by the way, ‘Biggest Loser American Idol’,” Kimmel joked before playing a video of Randy Jackson receiving similar treatment. Watch the comedy clip via YouTube below.

March 31, 2011 – ‘Jimmy Kimmel Live’ joked about how ‘American Idol’ is expanding the size of their ‘Idols Live’ tour after the show’s tenth season concludes. “Normally they only take the top 10 contestants on their summer tour, but this year they’ve made an exception, they’re taking the top 11,” Kimmel explained. “So they’re really stepping on the gas this season.” Jimmy then played a faux ‘Idol’ commercial promoting an ‘American Idol’ B Team Tour featuring the bottom 246 contestants. The comedy clip at YouTube has since been removed.

If Clay Aiken Knew Then What He Knows Now

Clay Aiken spoke with Hollywood Outbreak about how he can now relate to the saying “If I knew then what I know now” in his career post ‘American Idol’. “I always thought that’s the stupidest thing I ever heard. I don’t think they know what they’re talking about. Now I feel like that, I really do. I think to myself if even seven years difference. If I knew coming off of ‘Idol’ or if I knew putting my first album out what I know today, oh things would be quite different.” Listen to the comments at hollywoodoutbreak.com.

Clay Aiken Was Prepared To Be Booed After Coming Out

AOL Music’s PopEater spent a day with Clay Aiken in New York City as he was promoting his latest album ‘Tried and True’. The ‘American Idol’ alum talked about the decision to reveal he was gay two years ago and being nervous about the reaction he’d get from the public. “When anybody comes out, there are going to be people who are supportive and people who are not,” Aiken explained. “Obviously, I was doing ‘Spamalot’ at the time and I was kind of nervous. I specifically remember that night, thinking, ‘OK, I’m going to walk out prepared to be booed,’ and nobody did. And people were very supportive. People have been very supportive throughout the whole process and it didn’t really change.” Video footage has since been removed. 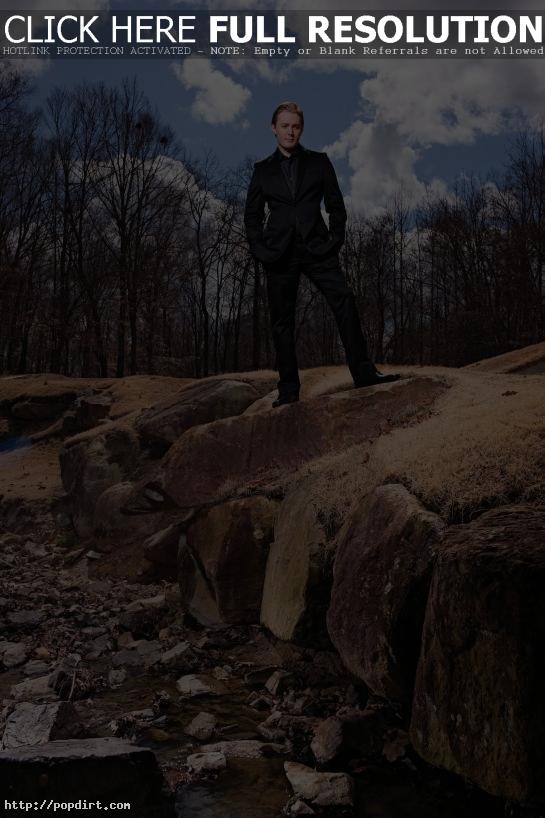 Reuters spoke with Clay Aiken in a Q&A, asking the ‘American Idol’ season two runner-up if he still watches the hit FOX singing competition. “No, I haven’t watched it in years,” Aiken confessed. “I stopped watching it in the third season because it stressed me out too much. They were getting kicked off the show and my palms would start sweating. I cut the show out of my life to relieve some of the stress and found I was doing fine without it.” Check out the entire interview here.

June 6, 2010 – Clay spoke with CBS News’ Shira Lazar on how he chose the songs for his latest album ‘Tried and True’, collaborations on the CD, and what to expect from his upcoming tour with fellow ‘American Idol’ season two alum Ruben Studdard. “He’s one of my favorite people in the world and I’ve always wanted to work with him,” Clay said of Ruben. “I love watching him perform, he’s one of the best performers I know, and we have a great time together.” Watch the interview via cnet.com below.

June 5, 2010 – In a interview with Washington DC’s FOX 5, Clay promoted his new CD ‘Tried and True’ and upcoming ‘Timeless’ tour which kicks off this summer. The ‘American Idol’ alum talked about teaming up with Ruben Studdard on the tour, which Clay said was “something we always wanted to do”, adding that it will be more of a collaborative show a la Sonny and Cher. Clay added that the new album tackling the hits from the fifties and sixties was “really sort of where I wanted to be from the beginning. These are songs that I’m far more connected to.” Watch the interview via myfoxdc.com below. 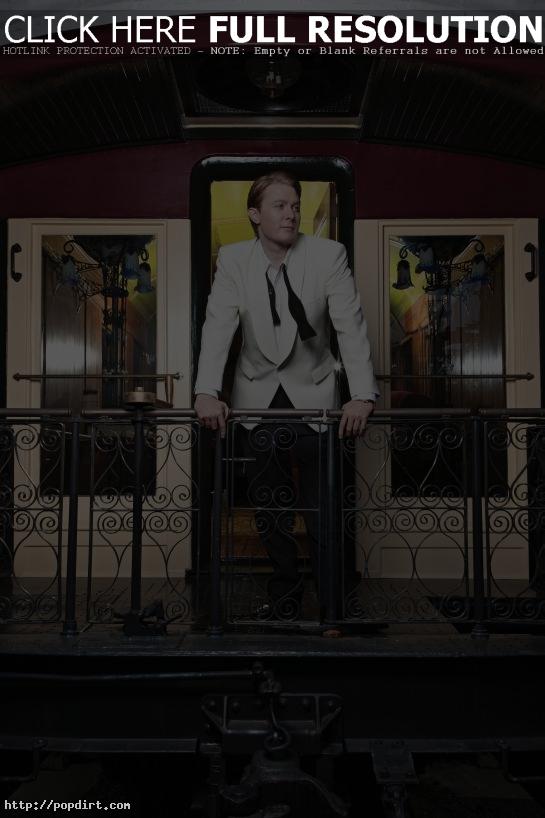 Watch his ‘Unchained Melody’ performance on the ABC program via YouTube below the cut (an exit interview with Clay and Belinda Carlisle of The Go-Go’s has since been removed). END_OF_DOCUMENT_TOKEN_TO_BE_REPLACED