Justin Bieber is joining Cody Simpson in the studio for a “Special Project”, which the Australian pop star announced on Ustream on Monday night (July 21). “We have some magic music coming for you,” Cody said. “I’m pretty excited to show you what’s going on.” Watch a replay of the Ustream chat and performances below. 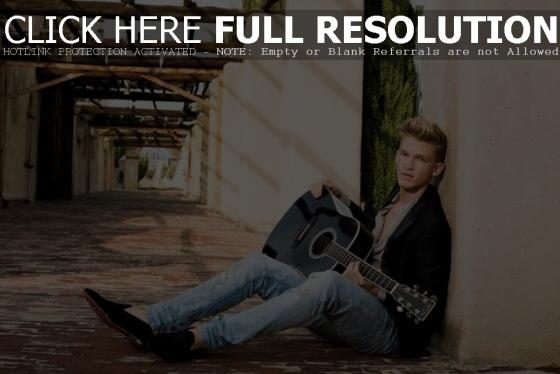 Cody Simpson tells MTV News his new single ‘Surfboard’ doesn’t borrow the innuendo displayed by Beyonce’s use of “Surfboart” in her ‘Drunk In Love’ song. “I think Beyonce kind of made surfboard a sexual innuendo that people wouldn’t necessarily have picked up on if my song had come out without her using that term,” the Australian pop singer explained. “I’ve been writing about surfboards my whole life. All of my albums have been ‘Surfer’s Paradise’ or something like that, so I mean honestly I had the idea. I love Beyonce’s album, I love that song and I was like if there was any time to release that song it was now since this term is a part of pop culture, which is exciting for me being a surfer myself.”

Cody Simpson has premiered the official music video for his latest single Surfboard and on his official YouTube. The treatment shows a new side of the Australian pop star dubbed by Idolator as “leap from the guitar strumming boy-next-door to provocative ladies’ man.” The clip also features Sports-Illustrated “Rookie of the Year”, Gigi Hadid. ‘Surfboard’ is off Cody’s upcoming third album. Watch the video below. Cody Simpson checked in with producer Andrew Watt in the latest installment of “The Paradise Series: Episode 39”, where the Australian pop singer takes a few minutes to sit down and chat with his fans about his upcoming US acoustic tour.

Asked what he’s looking forward to most about the tour, Cody said, “Being able to put on a unique, intimate experience every night for the fans. Somthing a little different, a little more raw and casual. Then things I’ve done in the past, if fans come to two shows, they’ll get a different experience every night. We’re gonna be changing up the set list, playing different songs, and just keeping it casual, maybe go out and perform barefoot.”

Asked about what inspired him to perform the songs acoustically, Simpson responded, “I love playing them acoustically because it gives you more of a chance to strip back all of the production and really just focus on what the lyric means and focus on the very few instruments that are there.” 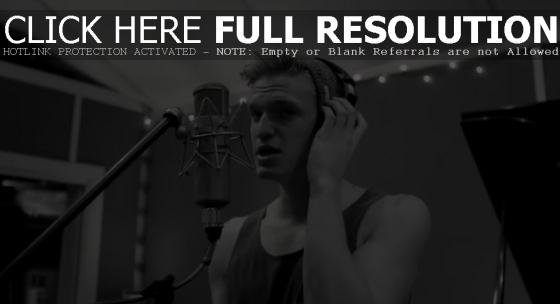 Cody Simpson has released a black and white music video for the acoustic version of his hit ‘Pretty Brown Eyes’, produced by Andrew Watt, from the Australian pop singer’s ‘The Acoustic Sessions EP’, now available on iTunes. Watch it via YouTube below. In the latest episode of Cody Simpson’s The Paradise Series, the Australian pop singer offers an inside look at the making of his upcoming album ‘The Acoustic Sessions’, out November 19th, with comments from Cody and producer Andrew Watt.

Cody remarked, “Being in the studio for such an extended period of time and just being able to experiment with different ways to sort of translate songs off my album and also all the songs into the artist that I am now and the artist that I have become at this present day, it’s a beautiful thing to be able to sort of take things that you did when you were a little less experienced and a little less developed and experienced as an artist and as a musician, and to be able to translate them into something that relates to you now.” 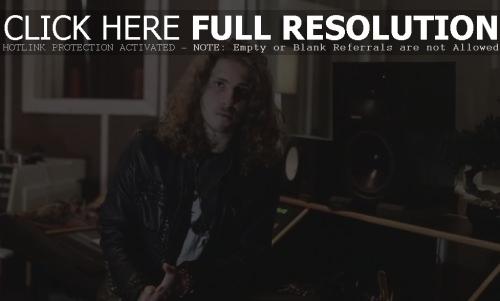 Simpson continued, “As a singer songwriter, the number one goal and what I enjoy most is being able to sit down for someone, or for a small group of people, and be able to play a song for them up close and personal, intimately, but unfortunately that’s not something that I can accomplish for every single person, so the goal with these recordings is for my fans to be able to sit in their bedroom and put on their headphones and for it to almost feel as though I’m sitting right there next to them with my guitar, singing these songs into their ears and being able to create that listening experience.” 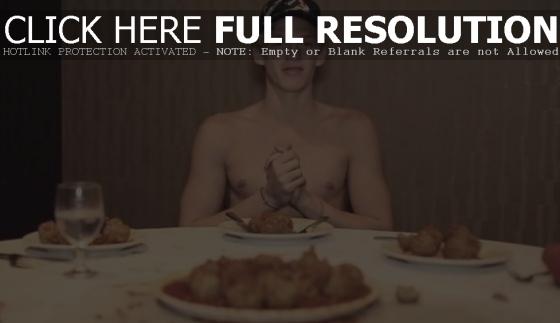 In the newest episode of Cody Simpson’s The Paradise Series, the Australian pop singer and his crew go crazy in a meatball eating contest to celebrate the upcoming release of ‘Cloudy with a Chance of Meatballs 2’. Cody’s new single ‘La Da Dee’ will be featured in the end credits of the Sony Pictures movie, in theaters September 27th.

“The reason we are all here today, is because I would like to challenge you all to a meatball eating contest,” Cody told his crew. “As you see here, we have 100 meatballs.”

After everyone else tapped out, Cody told viewers, “So it looks I win this one, thank you guys so much for watching. Make sure you check out ‘La Da Dee’ and the new ‘Cloudy with a Chance of Meatballs’ movie out in theaters this month.” 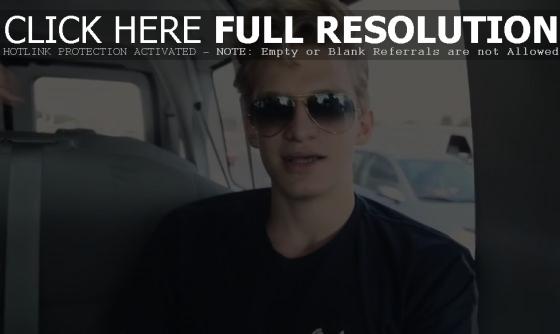 In the newest episode of The Paradise Series, Cody Simpson travels to Toronto to perform in front of over 7,000 fans at the Siren Music Festival in Dundas Square.

“It should be a good one,” the Austrlian pop singer said about the gig while at the airport. “I’m really excited. I’m really tired. I really didn’t get much sleep last night so I’m gonna try to snooze a little bit on the flight.”

After landing in Toronto, Cody checked in again en route to the venue. “We’re on our way to soundcheck right now, which is a very restricted, limited amount of time to get it done, so we’re on our way, we’re racing down there. There’s already a ton of people there, so very excited.”

Check out behind-the-scenes footage documenting Cody’s travels and check out his performance in Toronto in the YouTube clip below.

Cody Simpson ‘If You Left Him For Me’ Live In Montreal Footage of Cody Simpson performing ‘If You Left Him For Me’ live on the Paradise Tour at the Metropolis Theater in Montreal, Quebec has been posted at the Australian pop singer’s YouTube channel. Watch it below.