Corbin Bleu And Date In LA

Corbin Bleu was spotted walking to his car with a female friend in Los Angeles the other night. The ‘High School Musical 3’ star looked a bit annoyed with the pesky pap asking questions about ‘HSM’ and Britney Spears, but remained cordial as he opened the car door for his date before driving off. Watch footage via YouTube below.

Everyone Coming Back For ‘High School Musical 3’

“I am the luckiest guy in the world and I know it,” ‘HSM’ director Kenny Ortega tells People magazine. “This will be our last time together and I love working with these kids so much. It’s going to be great.”

Tisdale had similar feelings, telling People, “I’m excited. But it’s going to be sad. It seems like it will be graduation and I’ll be crying while we’re filming.” 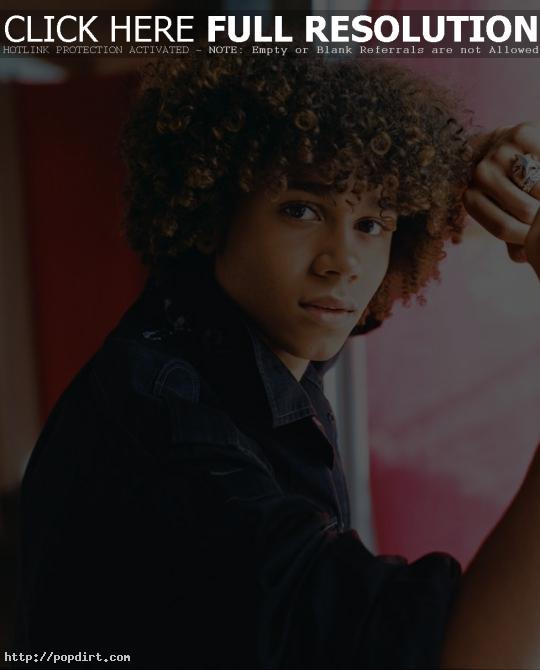 Corbin Bleu is currently filming the new movie ‘Free Style’, where the singer/actor plays an 18 year old young man, who is devoted to his family, and finds love and himself in his quest to win the Amateur National Motocross Championship.

Corbin Bleu revealed ‘High School Musical 3’ details to ‘The Insider’ correspondent Thomas Roberts, saying he’s “definitely in the process of signing on right now” for the Disney hit and he’s keeping in touch with his castmates, hoping they all sign on for the big-screen version. Video at theinsideronline.com has since been removed.

Corbin Bleu was on with Jeff and Jer Showgram of Star 94.1 FM in San Diego on Friday (September 7). Corbin talked about his racial mixture – Jamaican and Italian, performing later at the Open Air Theatre with Aly & AJ and Bianca Ryan, what he initially thought landing a part on ‘High School Musical’, how people are comparing it to ‘Grease’ of a new generation, how he stays grounded, his relationship with his parents, plans for ‘High School Musical 3’, and more.

Some tween magazines tell the New York Times they have seen circulation rise by as much as 25 percent on the strength of ‘High School Musical’ and hope for an additional boost when ‘HSM 2’ is released in August. “It’s the synergy,” said Molly MacDermot, the editor in chief of Twist and M. “It’s ‘High School Musical’ and what continues from it that drives the interest. For example, Corbin Bleu stars in the musical, then he comes out with a music album and then a video. So the interest is sustained. And it really hits these girls on an emotional level.” Read more.

TMZ has learned that negotiations to return three of the four top stars of ‘High School Musical’, Ashley Tisdale, Corbin Bleu and Vanessa Anne Hudgens, have run into problems a the Disney Channel seeks to sign the trio on to star in the sequel. The three want a cut of the TV movie’s lucrative soundtrack and merchandise sales. Read more.