Diana Vickers talked with Tim Westwood during a visit to 1Xtra about her album, ‘The X-Factor’, various nicknames and her new single ‘My Wicked Heart’. “I wrote it. It’s sort of pop, it’s not from my first album, I just went a bit mental,” she explained about the song which is going to be on the digital reissue of ‘Songs from the Tainted Cherry Tree’. “I started writing loads of new songs. It’s a bit of left center of what I usually do, a bit out there, but I’m a bit proud of it. If it was a color, it would be multi-colored.” Watch the interview via YouTube below. 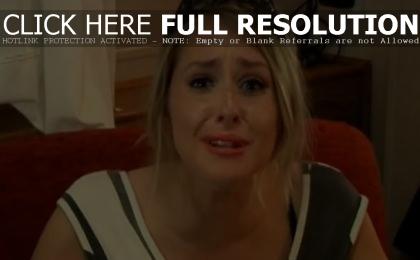 Diana Vickers gets rescued from certain doom by a group of real life superhero rockers The Justice Force 5 in a new video short. The ‘The X Factor’ singer appears alongside these Brighton based vigilante musicians in the clip where she is kidnapped by dastardly super villain The Organ Grinder. “I had so much fun and giggles filming the video,” Vickers said. “Who wouldn’t love dressing up as a superhero for a day and being rescued?” Watch it via YouTube below.

Diana Vickers Freaked Out After Learning Cheryl Cole Had Malaria

Diana Vickers spoke with The Sun about how she was feeling when she learned her ‘X Factor’ mentor Cheryl Cole had come down with malaria. “I freaked out and was in tears, saying, ‘She’s not gonna die is she?’,” Vickers said. “Then I realized she’s in good hands and will be taken care of. She’s really strong.”

Thanks to her debut album ‘Songs from the Tainted Cherry Tree’ and its first single ‘Once’ both topping the UK charts, Diana Vickers is being lured by major labels to sign a publishing deal. “Labels initially had no interest because bosses thought her career would be short-lived,” a source told The Sun. “Now both Universal and Sony have already tabled offers over a quarter of a million pounds and she’s in a great position to barter for even more.”

The British tabloid’s report seems questionable since her album was released on RCA, one of the flagship labels of Sony Music.

Diana Vickers’ debut album ‘Songs from the Tainted Cherry Tree’ has gone straight to the top of the UK album chart, getting a boost from the disc’s chart topping single ‘Once’. Watch a report on ‘The X Factor’ star’s success from ITN below.

‘The X Factor’ star Diana Vickers’ first single ‘Once’ debuted in the No.1 spot on the UK charts. The British pop singer spoke with ITN about the release and what to expect on her debut album ‘Songs From The Tainted Cherry Tree’. “It’s sort of ’80s electro pop, a lot of them are quite Cyndi Lauper-ey,” the 18-year-old explained. “There’s one like my first single that’s got quite a rock-ey twist as well to it. Then I’ve got some really cool ballads on there as well.” Watch the comments via YouTube below.

‘The X Factor’ castoff Diana Vickers spoke with ITN, revealing the truth about her and Eoghen Quigg, who was sobbing and hugging her after learning she’d be the one to go and he was safe. “People forget that I’m only 17, and Eoghen’s 16 as well,” she said, insisting the two are just friends. “We’re [similar] ages, and we just understood each other.” Or maybe not, as one can’t help but notice Diana bizarrely trying to keep a tightly wrapped scarf around her neck, perhaps covering a hickey… From Eoghen?

Diana also said she went to her ‘X Factor’ mentor Cheryl Cole’s home to have dinner with the Girls Aloud star and her hubby Ashley on Sunday. “It was lovely,” she said. Asked who cooked, she said, “Well they had people in to cook for them, because it was a nice meal.” Vickers added that the couple’s home, which they recently moved into, was beautiful. Watch the interview below.