Martin Solveig is out with the music video to his new single ‘Hello’, featuring Dragonette. The clip sees Solveig and Bob Sinclair in a tennis match at the Stade Roland Garros in Paris, France. Watch it via YouTube below.

Kaskade is out with the video to his new single ‘Fire In Your New Shoes’, featuring Martina Sorbara of Dragonette, off the American DJ’s sixth solo album ‘Dynasty’, out now on Ultra Records.

“I had a song that was very guitar-driven and I wanted somebody who was on the pop-electro sound already,” Kascade tells MTV News. “Even though this is different than what Dragonette does, it’s kind of leaning towards that world. So I just sent her the song. She sent me a rough of the chorus and I was like, ‘This is brilliant! It’s amazing! Finish it!'”

Dragonette updated fans on their blog at MySpace (@dragonette) on Friday (March 5) to break news that several dates on their U.S. and Canada tour with Little Boots have been cancelled. The Canadian electropop group write:

We’re bummed to announce that, due to circumstances beyond our control, our dates with Little Boots on the East Coast and Canada in April/May have been cancelled (though the West Coast ones are going ahead as planned).

We are currently in the process of trying to fill in our own shows in these cities on these dates. We will have info for you in the next few days. The affected shows are:

Please sit tight with us for a couple of days as we try to make alternative plans. We really want to play for you, and we are doing everything we can to make this work so Dragonette can come to your cities.

Much Love and thanks for your support. 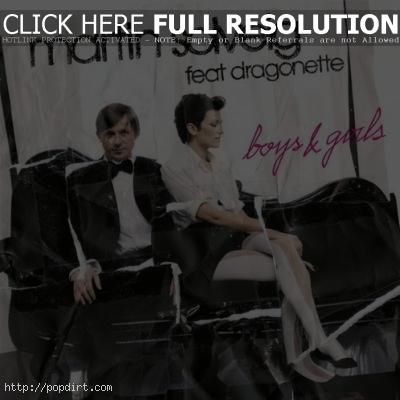 French DJ and producer Martin Solveig is out with the music video to his new single ‘Boys & Girls’, featuring Dragonette and Jean Paul Gaultier. The video was shot in the Jean-Paul Gaultier store in Paris. Watch it via MySpace below.

Dragonette ‘Pick Up The Phone’ Video

Dragonette are out with the music video to their new single ‘Pick Up The Phone’, the first release from the Canadian electropop group’s second full-length studio album ‘Fixin to Thrill’, out September 29th via Mercury Records. Watch the Drew Lightfoot directed video below.

Dragonette are out with the music video to their new single ‘Fixin’ to Thrill’, the first release and title track off the Canadian electropop group’s second full-length album, out soon on Mercury Records / Universal Music / I Surrender Records.

“The neighborhood kids try to build their own superhero, and Martina is what they get,” the band say describing the treatment. “A little bit Frankenstein, a little bit Weird Science. You don’t have to be scared, though…. it’s just make-believe.”

The Wendy Morgan directed video at MySpace has since been removed. 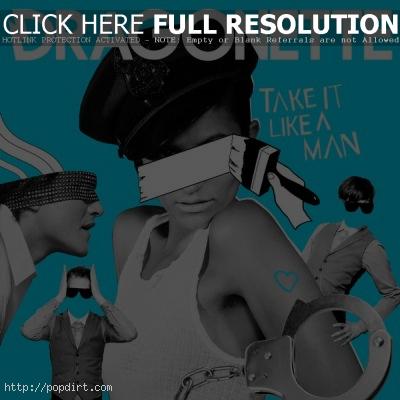 Dragonette are out with the music video to their new single ‘Take It Like a Man’, from the album ‘Galore’, out in Europe on August 6th. Watch it below.