Moviehole.net spoke with Emma Roberts in a Q&A, asking the 20-year-old actress and Julia Roberts’ niece the challenges she faces making the transition from adolescence to adulthood in her acting career. “I just think it’s very thin ice you’re walking on, to make the transition from child actor to adolescence,” Roberts said. “Because – you know, so many people just mess it up, and they do things that are so outrageous. And it’s like – the whole point is, like, Anne Hathaway. The fact that was is ‘Princess Diaries’, like, you’d never think about that. Whereas, like, Lindsay Lohan, you still know that she was in ‘Freaky Friday’ and ‘The Parent Trap’, and it’s hard to take her seriously. So that’s why I really like – like, Anne Hathaway is a great example. I think she’s been nominated for so many awards this year. And the fact that she starred in a Disney movie when she was in her teens – a lot of people don’t even know that, I don’t think.” Read more.

The Chicago Sun-Times caught up with Emma Roberts and asked if she gets any advice on show business, acting or dealing with fame from her famous aunt Julia Roberts. “When I’m … around her, we don’t talk about that stuff,” the actress/singer said. “She never says, ‘Here’s some advice …’ We do other stuff. We just hang out together and relax. We go out for dinner, we eat, we cook. We knit together, we hang out with the twins. You know, normal stuff.”

ContactMusic.com reports that Emma Roberts turned to JoJo for advice on her ‘Unfabulous’ album after working with the singer in the film ‘Aquamarine’. “I was totally a fan of JoJo’s even before we started filming,” Roberts said. “I was a little nervous since it’s just me on the album. But then I realized that I’ve been singing since I was tiny – I could do it, for sure.”

With a TV show, several movies and an album under her belt, 14-year-old Emma Roberts has a career some adults may envy. Julia Roberts’ niece, star of the series ‘Unfabulous’, discussed her career. Watch the interview via CBSNews.com below the cut. END_OF_DOCUMENT_TOKEN_TO_BE_REPLACED 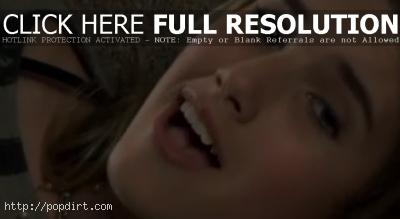 Emma Roberts is out with the music video to her new single ‘Dummy’, from her forthcoming ‘Unfabulous’ soundtrack ‘Unfabulous and more: Emma Roberts’, due in stores September 27th. Watch it online below.

Emma Roberts Not Ready For Music Career Yet

USA Today caught up with Nickelodeon’s ‘Unfabulous’ star Emma Roberts and Nick talent exec Paula Kaplan, who talked about cross-promoting the 13-year-old as a recording star following the path of Hilary Duff and Lindsay Lohan.

“Emma Roberts is a star, and we’d like to maximize on that,” Kaplan said. “We’re looking to find a feature for her once her schedule clears up. And we are exploring the music side of Emma as well. We have a record deal with BMG, so there are possibilities for an album.”

Emma added, “Maybe when I’m older. But right now I want to focus on acting.”