Fergie spoke with People magazine at her 34th birthday celebration Friday night at the Fontainebleau Resort’s Liv night club in Miami Beach, where the Black Eyed Peas singer talked about life as a newlywed with her husband of two months, actor Josh Duhamel.

“Now that the wedding is over, we are so chill and comfortable together – the feeling I have about Josh is like coming home,” Fergie explained. “There is that small and intimate feeling I have all of the time that tells me things are so right! It was wonderful to share our special day with families and friends. But now we can be casual and happy and move ahead.”

Fergie’s mother Terri Jackson tells Ryan Seacrest of KIIS FM in Los Angeles she is still recovering from her daughter’s weekend Malibu wedding to actor Josh Duhamel. “It was such a blast,” a hoarse-sounding Terri said on Ryan’s Monday morning show. “You can hear it in my voice!”

Terri added that there were “350, 375 people were there, and that was keeping it way down! So many people couldn’t bring a date unless they paid me money or something! It had to be someone you’re actually engaged to or something like that.”

The interview audio, where Terri also laughed off rumors that the Black Eyed Peas singer is pregnant, has since been removed at kiisfm.com.

Fergie And Josh Duhamel Get Married In Malibu

Meanwhile, Fergie’s manager tells UsMagazine.com: “It’s official! Fergie and Josh tied the knot tonight in Malibu. The Black Eyed Peas were all there. The ceremony was incredible! And they’re still partying!”

Cassie Davis Gets Encouragement From Fergie

The Sydney Morning Herald profiled Cassie Davis as a pop newcomer to watch in 2009, where the 23-year-old talked about getting a phone call from Black Eyed Peas singer Fergie. “She’s wonderful; she’s been in the industry for a lot longer than I have and had all these experiences,” Davis said. “She could well have pushed me aside but she was so encouraging. She said, ‘Don’t change who you are, you have an amazing voice – use it.’ It was really cool, I couldn’t stop smiling.” Cassie’s first single, ‘Like It Loud’, comes out January 24th on Sony Music. The article at smh.com.au has since been removed.

Before she gets married to Josh Duhamel on January 10th, Fergie tells People magazine she’s been busy working out, especially after the Black Eyed Peas singer had to gain weight for her upcoming movie, ‘Nine’. “It’s hard, I’ve been working out every day,” Fergie told the publication at The Venetian in Las Vegas, where she was performing a New Year’s Eve gig. As for her workout specifics, Fergie said the routine included “a lot of hiking and doing a bunch of sit-ups, working my butt off and just, you know, try to maintain and stay healthy.” Read more.

Pop acts on television on New Year’s Eve include:

Fergie And Josh Duhamel To Wed In January

AccessHollywood.com reports Black Eyed Peas star Fergie and her actor fiance Josh Duhamel are set to get married on the weekend of January 9-11 in Southern California, according to a source. The couple have been engaged since late 2007. The insider added that most of Fergie’s co-stars in her just completed film ‘Nine’ will be in attendance, including Kate Hudson and Nicole Kidman. Read more.

On TV: New Kids On The Block, Natasha Bedingfield, Fergie 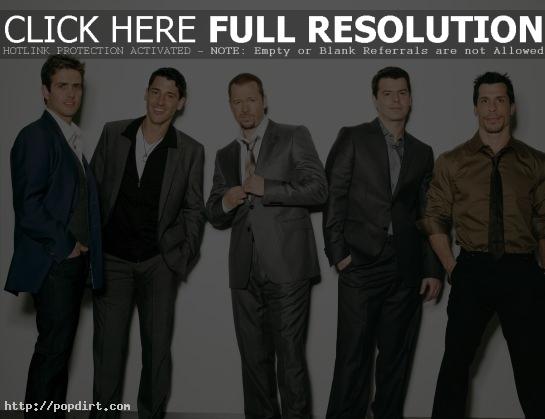 New Kids On The Block, who perform on ‘Today’ (NBC) on Monday and ‘The View’ on Tuesday and are interviewed on ‘Total Request Live’ (MTV) on Thursday.

Ingrid Michaelson, who performs on ‘The Tonight Show with Jay Leno’ (NBC) on Tuesday.

Amy MacDonald, who performs on ‘The Late Late Show with Craig Ferguson’ (CBS) on Thursday.

Jamie Lidell, who performs on ‘The Late Late Show with Craig Ferguson’ (CBS) on Friday.

Natasha Bedingfield, who performs on the NFL Kickoff Show (NBC) on Friday at 9 PM ET/PT. 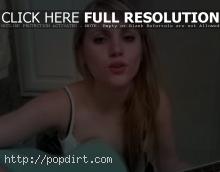 Jordan McCoy posted an acoustic cover of Fergie’s biggest solo hit ‘Big Girls Don’t Cry’ at her MySpace TV channel. The Bad Boy artist is still upset about the backstory surrounding the song, which was initially shopped around because it apparently didn’t fit the them of her debut album ‘The Dutchess’.

This is what Wikipedia has to say about the issue:

Eventually, the song was sold to Bad Boy Records, where it was handed to Jordan McCoy. McCoy’s team felt they had a huge hit on their hands and quickly recorded the song, assuring Fergie and her management that they were going to release it as a single.

However, according to McCoy, after Fergie heard their finished version, she had a change of heart and recorded the song as well. Without the knowledge of Bad Boy Records, Fergie went ahead and tagged it on to her album at the last minute. Jordan and her team were upset by Fergie’s decision, scrapped the entire project and considered suing Fergie. However, because Fergie co-wrote the song, she had partial ownership and they could not sue her.

Watch the “cover” and a clip about the controversy comparing the two recordings – which Jordan posted on her YouTube – below.

Fergie Stars As Prostitute In ‘Nine’

Fergie spoke with the Associated Press about her new role in the big-screen adaptation of the Tony-winning musical ‘Nine’, where the Black Eyed Peas singer has been cast as Saraghina and will perform the song ‘Be Italian’. “She’s basically a prostitute on the beach,” Fergie explained. “She introduces him to the world of sexuality. It’s a very strong song. I’m just thrilled I get to play a character. I’m singing, but I’m not singing as myself. I’m going to be singing as a character, and that’s what’s really exciting to me.”

As for the new Peas record, their first since 2005’s ‘Monkey Business’, the 33-year-old said, “It’s a new sound. We’re going into the future. We’re not doing the same old thing. We’re not trying to copy what’s out there on the radio. We’re being artistic and pushing the envelope.” Read more.