Gabriella Cilmi Celebrates The Most Important Year Of Her Life

Gabriella Cilmi updated fans on her blog at MySpace (@gabriellacilmi) on Thursday (December 11), discussing the success she’s enjoyed in 2008 with her debut album ‘Lessons to Be Learned’. The Australian pop singer tells readers:

Well, well, Well! There’s really no real way to describe this year… well…ONLY that it’s been the most important year of my life since my birth!! This time last year I’m guessing that I would have been sitting at home looking after one of my thousand little cousins, chasing after them in the boiling heat… or hail since I’m from Melbourne. But right now I’m sitting in my PJ’s in an apartment in London, about to pack to catch a plane to Amsterdam and really looking forward to playing a gig in Moscow next week! Now that I get a chance to look back on this year I can really see how crazy but pretty damn amazing it’s been! My highlight has definitely been playing all the festivals, I remember going on stage at T-in the Park thinking that hardly no one would come watch my show and then the tent got so full they had to close it up! Being able to go to Glasto was sweet as too. I loved the Godiva Fest and Beautiful days as well! Going on tour around the UK and Europe was crazy! My favorite gig would have to be at the Paradiso in Amsterdam. The Paradiso was an old church and I think jail at one stage, that they turned into a venue. It was the most beautiful sounding and looking venue I think I’ve ever played. Touring around Germany in a night liner with 4 smelly boys (my band) was pretty interesting too. A bit feral but interesting enough…. SO really I just want to say A huge, big, HUGE THANK YOU to everyone that has come to my shows, bought my CD’s, sent me letters and messages…you have really made my year pretty special! So you guys have a great Christmas and New Year…stuff your faces cause that is what I’ll be doing! Catch you guys in 2009!! LOVE LOTS + LOTS GABRIELLA XXXX

Gabriella Cilmi tells Brisbane Times she’s upset about the backlash she received after her ARIA speeches, where she was accused by some journalists of being drunk, while others believed she was ungracious. “I had been working very hard and it was all pretty crazy,” the 17-year-old said. “I didn’t expect to win all six … I couldn’t think of things to say six times. I was kind of overwhelmed.”

Meanwhile, Cilmi’s boss, Universal Republic president Monte Lipman, says the ‘Sweet About Me’ singer is poised for additional success in 2009 when her album sees a U.S. and Japan release. “Gabriella is this year’s breakthrough artist, perfectly positioned for unparalleled US mainstream success,” Lipman said. Read more.

Gabriella Cilmi checked in with fans on her blog at MySpace (@gabriellacilmi) on Saturday (December 6). The Melbourne, Australia pop singer tells readers:

On the way back to the UK soon, again I’m sitting around in Qantas club waiting for the plane eating the free food. I LOVE free food…

Played Homebake on the weekend! Was sweet as since it’s pretty much my first ever proper gig in OZ! I so wish I could be playing my Melbourne show today and I’m pissed off that I had to cancel it. I promise I will make it up to you guys soon!

The highlight of my Homebake day was seeing Casey Chambers and Shane Nicholson play that was sweet as! It was good catching End of Fashion too!

Gabriella Cilmi ‘Sweet About Me’ Performance 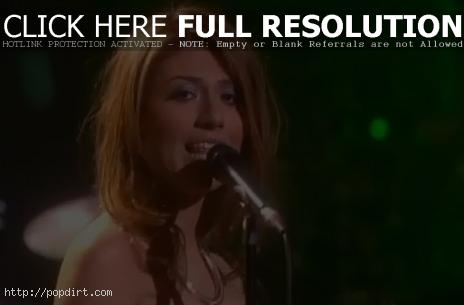 Gabriella Cilmi performed her hit single ‘Sweet About Me’ on ‘Divas II’ after an introduction by former Hear’Say star Myleene Klass on Sunday (November 23). Watch the performance at YouTube.

Gabriella Cilmi ‘Sweet About Me’ Simlish Behind The Scenes

Footage of Gabriella Cilmi behind the scenes as the Australian singer songwriter records her song ‘Sweet About Me’ in simlish for ‘The Sims 2’ is available.

Talking about the alternative version, she said, “It’s really cool to sing my song in the world of Sims. It gives people in the world who probably haven’t heard my song before the opportunity to hear it. I think it sounds cool. I probably can’t listen to it too much because probably at my gigs I’ll start to sing (Simlish) instead of ‘Sweet About Me’.”

“Favorite part was probably I think recording the chorus,” Gabriella said. “Because I really like how the chorus sounds in Simlish. I think it might sound a little better in Simlish.”

Unfortunately, Gabriella was bitten by a bee/wasp late yesterday which caused a severe reaction, She was given adrenhalin shots and should be better by the weekend. We are afraid Gabriella will not be able to perform at HMV in Liverpool on Thursday, as her doctor has advised that she does not leave her house until she is better.

I lost my bloody iPod last week!! AHH I’m not quite sure what to do… I think I could have left it on the Eurostar coming back from Belgium. But anyway I might as well put it out there… maybe it will turn up… and it is NOT stuck between the couch.

Last week was pretty sweet… chockers full of gigs which was nice!

Started off playing a gig in Falmouth- an excellent start to the week. It was nice to be close by the sea. Cosmo Jarvis played support…check out their MySpace I’m liking “Sort Yourself Out” a lot.

We played the “Beautiful Days” festival in Devon on Friday along with the likes of Xavier Rudd and Nouvelle Vague. Def a festival to keep in mind for next year… I’m not quite sure how to describe it… an Alice in Wonderland style affair. 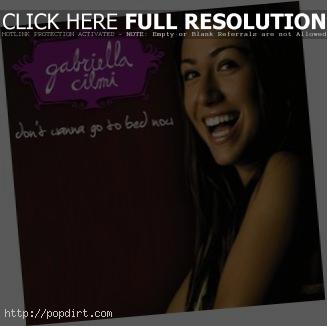 Gabriella Cilmi is out with the music video to her new single ‘Don’t Want To Go To Bed Now’, the second release off the Melbourne, Australia singer songwriter’s debut album ‘Lessons to Be Learned’, out now on Island Records. Watch it via YouTube/Vevo below.