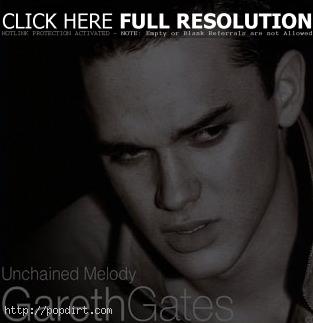 Will Young has conceded his number one spot to ‘Pop Idol’ rival Gareth Gates before official numbers come out in a few days. The ‘Idol’ winner has topped the charts with his double A-side Evergreen/ Anything for three weeks, but the debut single of his ‘Idol’ challenger sold 328,000 in the first day alone. Gates’ ‘Unchained Melody’ appears unlikely to beat Will’s for week sales record though. Meanwhile, the show is headed to the U.S. as FOX has finalized plans to launch the show in the States this summer.

Backstage At The Pop Idol Concert

March 20, 2002 – Capital FM was backstage at the Pop Idol concert in London’s Docklands Arena where they talked with the show’s winner Will as well as Darius, Jessica, and Korben. Will said he’s been busy co-writing with Cathy Dennis and hinted that a release of The Doors track ‘Light My Fire’ may be his second single following his record breaking debut.

Will Young Will Be On Top Of The Pops Afterall

March 15, 2002 – The battle between Will’s record label BMG and Top of the Pops has finally been settled with the singer only singing one song on the program, ‘Anything Is Possible.’ Will performed the tune Thursday to be broadcast on Friday. Later Thursday night, Will made his concert debut at Wembley Arena with the Pop Idol finalists tour.

March 14, 2002 – The Sun reports Pop Idol runner-up Gareth Gates received a magnum of champagne and a note from pop legend George Micheal as a goodwill gesture before the two go head to head in the UK singles charts. A pal of Michael’s said he did it to express his admiration for him and wants to give the newcomer support, “He knows he can’t compete with someone who has been in such a popular TV show and he will be pleased if Freak gets into the top five.”

March 12, 2002 – BBC reports Will and his first double A-side single – Evergreen and Anything is Possible, is poised to be atop the charts for a third straight week. Record chain HMV reports the continued sales “suggest that Will’s announcement that he is gay has not had an adverse affect on sales.” Read more.