The Glasgow Daily Record reports George Michael has taken a slap at ‘Pop Idol’ champ Will Young for his lisp. “I wish Will Young all the best,” the former Wham! singer said. “You get the impression he loves music and that song he had out at Christmas was lovely. But I can’t get over the fact he has a lisp. I know it’s not his fault, but it doesn’t help the listening experience.”

March 8, 2004 – Will tells Radio 1 he loved every minute of making his latest video for ‘Game’. “It was to be honest the best three days work I’ve ever had,” Young said. “It was so relaxed and so much fun that you didn’t mind doing long hours. It was my idea to do it in a theatre, and we referenced ‘Moulin Rouge’ and ‘Chicago’, because it’s such a big tune it needed something that opulent, and it needed a real performance – every time we did a take, people would applaud at the end because you were in a theater and you were on a stage and they were using the real theater lights rather than being in a dead studio, and I think it’s really paid off.”

February 24, 2004 – The Mirror reports Will has asked out dancer Steve Brown after meeting him last week’s Brit Awards. “Will is such a nice guy and very private. But he’s also quite forward,” Steve told a pal. “He said that he’d like us to go out on a date and then asked what I’d rather do – go to a club or a restaurant. I’m more of a homebody so I told him I’d rather stay in and order a take-away. He seemed pleased with that and had a huge grin on his face.”

George Michael’s ‘Patience’ Is Worth The Wait

Ahead of the release of George Michael’s new album ‘Patience’, Victoria Newton of The Sun is calling it “definitely his best work since ‘Listen Without Prejudice’ way back in 1990.” She added, “I’ve been caning it on my stereo all weekend and it should be essential listening for any wannabe pop star.”

Blender’s latest issue presents the sexiest music moments in TV history. Madonna and Britney Spears tie with the most moments on the list, 3 each and sharing one of them. Britney bests Madonna taking the top honor with her 2000 VMA performance. Madonna comes in at #2 with her 1984 VMA performance of ‘Like A Virgin’. Elvis makes it at #3 with his hip-shaking stop on Ed Sullivan. Jennifer Lopez has 2 sexiest moments her most infamous being the green dress at #7. Read on for the full list.
END_OF_DOCUMENT_TOKEN_TO_BE_REPLACED

George Michael ‘Better Than Ever’ On ‘Patience’ 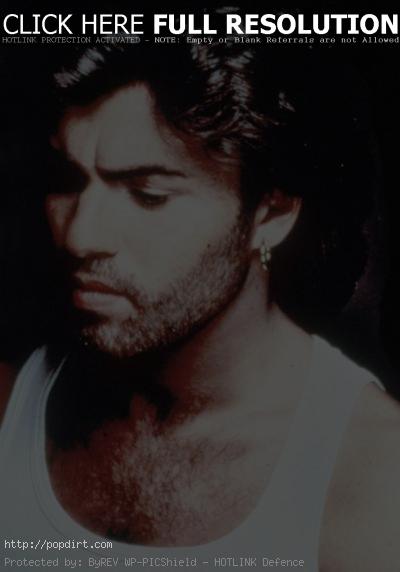 The Mirror got a listen to George Michael’s new album ‘Patience’, which is set for a March release, and claimed the veteran singer is “better than ever”. And Mark Noonan, head of music at retailer HMV, says: “There’s been a really strong vibe around this album for months now. The tracks are classic George Michael and a real return to form. I’m confident this is going to be one of the biggest albums of the year.”

‘Patience’ Is A Virtue For George Michael

Victoria Newton of The Sun got an early copy of George Michael’s new album ‘Patience’ and claims it “promises to be one of the biggest and best albums of 2004.” She says that despite the chart flop of his last single ‘Shoot the Dog’, “you’ve gotta have faith in George and ‘Patience’ will leave the critics and fans in no doubt that he is back – and at his best.” Read more.

George Michael was on with Steve Wright of Radio 2 recently and talked about the controversy he created with his animated video for ‘Shoot the Dog’, which portrayed British Prime Minister Tony Blair as President Bush’s “pet”. George says, “You can’t really win, at the moment I’m getting a kicking from lots of people … I guess it’s just my turn at the moment.” Most of his scorn was directed at the Rupert Murdoch controlled New York Post, which spearheaded the attacks on the singer. Listen to the interview here. 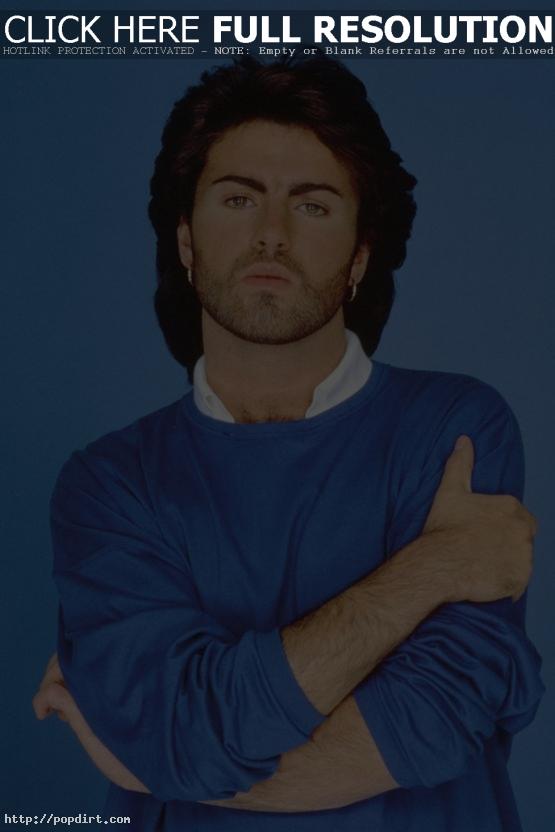 George Michael spoke openly with Capital FM in London about his thoughts on war and his protest single ‘The Grave’. Asked why he was coming out to speak on the situation, Michael said, “Because it was really so distracting for me. I’m sure the potential of this war is distracting for anybody. It wasn’t just the rubbish I was hearing spouted day after day on the television, but also the idea that because I’d already been kicked badly for having an opinion, I would not use the voice that I’m blessed to have. I’m privileged to have an opportunity to voice my opinion in an effort to put pressure on in terms of something that I find really abhorrent. I feel such a sense of impending doom, which I just had to come out here again and speak up. I know a lot of people don’t want to hear my opinion on this, but I also know a lot of people who want somebody this opinion.” Audio has since been removed.

Ananova reports George Michael was ordered to take off his anti-war t-shirt for his ‘Top of the Pops’ appearance, according to his spokeswoman. He and his band were all wearing Katherine Hamnett t-shirts bearing the logo ‘No war, Blairout’. The BBC is denying the allegation. 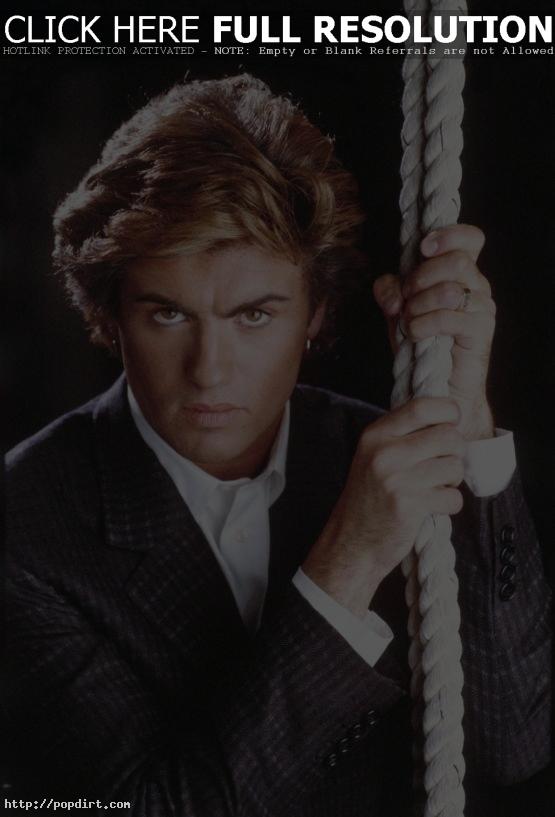 Jay Leno joked during his Tonight Show monologue on Friday, “George Michael said today that he hopes today’s younger recording artists don’t try and make an anti-war record because their music is just too trivial to be taken seriously. And who could forget George Michael’s great anti-war anthem ‘Wake Me Up Before You Go-Go’. I think Michael feels that we should keep our hands to ourselves. He made this announcement from the men’s room.” 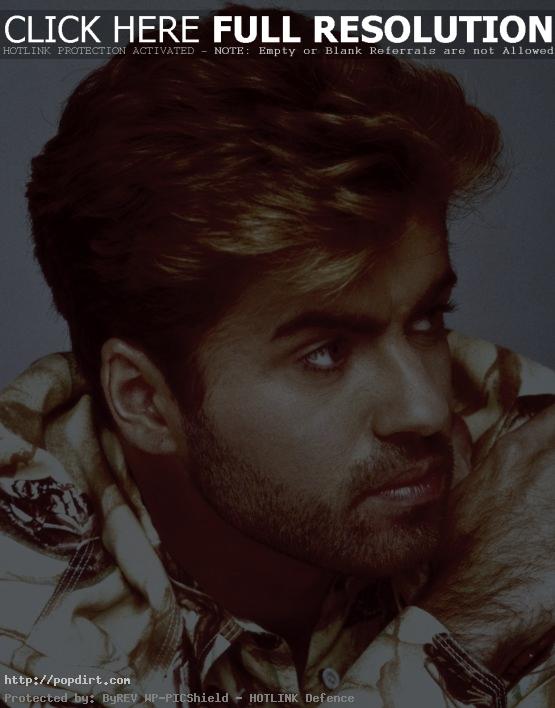 Sky News reports George Michael apologized for saying young chart stars should drop plans for their an anti-war musical effort, on the heels of his own anti-war anthem ‘The Grave’, a remake of a song by Don McLean. The track comes out on Monday, and is being greeted with praise by McLean. “I am proud of George Michael for standing up for life and sanity,” McLean said in a statement. “I am delighted that he chose a song of mine to express these feelings.” Read more.